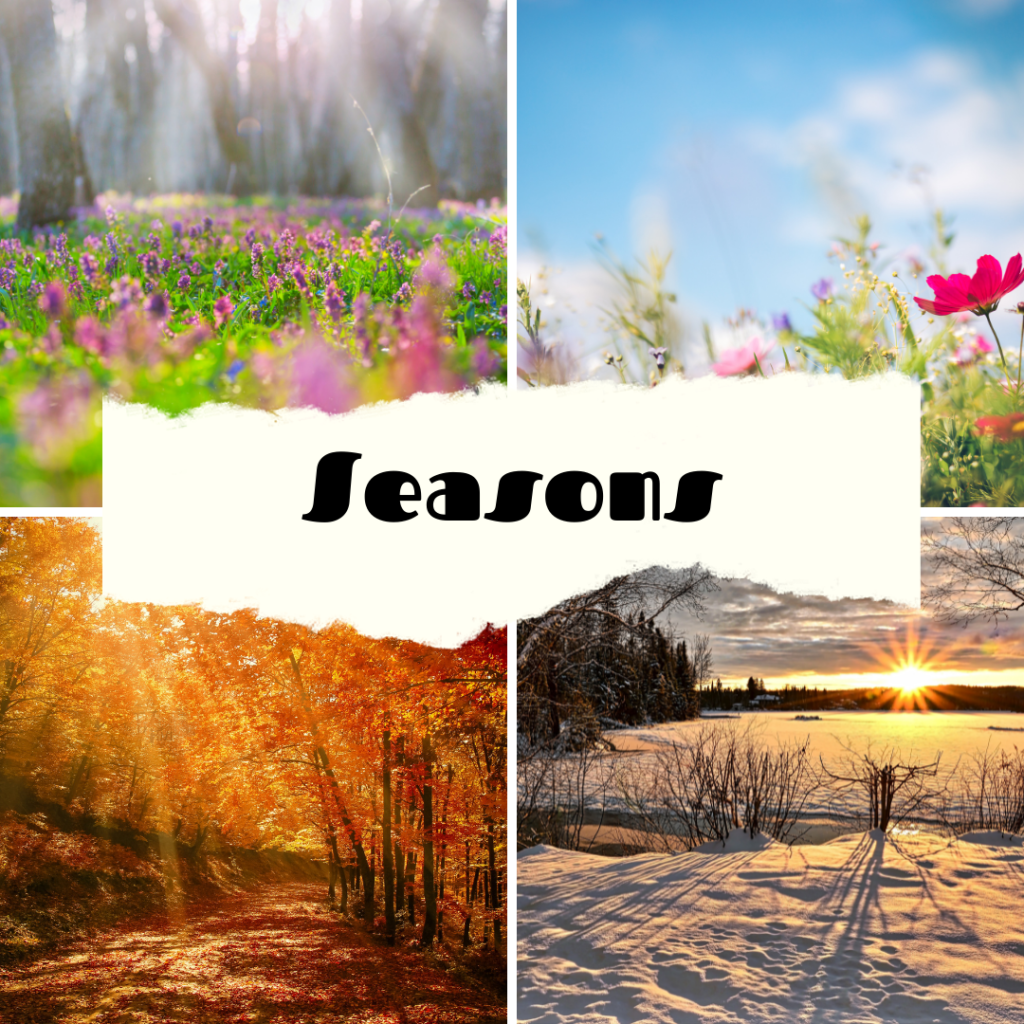 Many authors allude to the seasons in their writing: 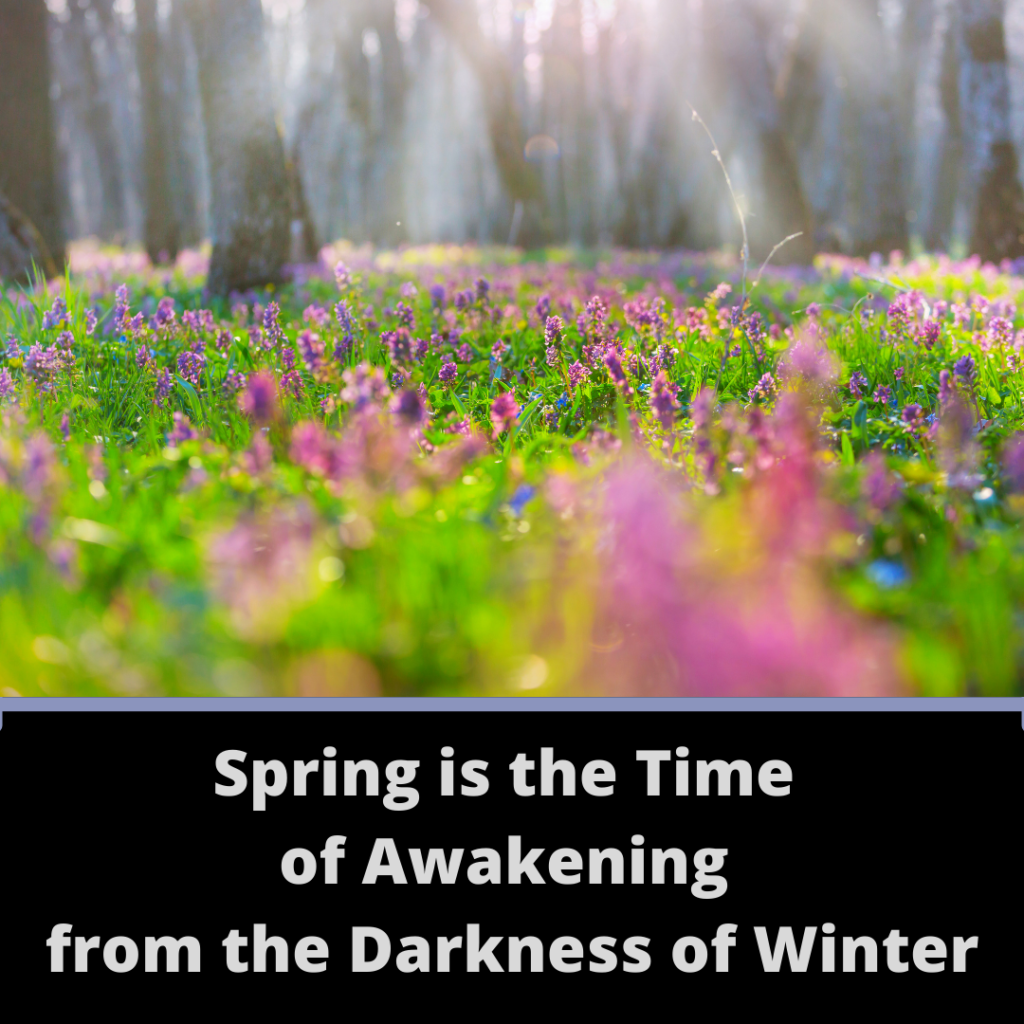 Spring is when the world is awakening from the darkness of winter.

“It was one of those March days when the sun shines hot and the wind blows cold: when it is summer in the light, and winter in the shade.”
― Charles Dickens, Great Expectations 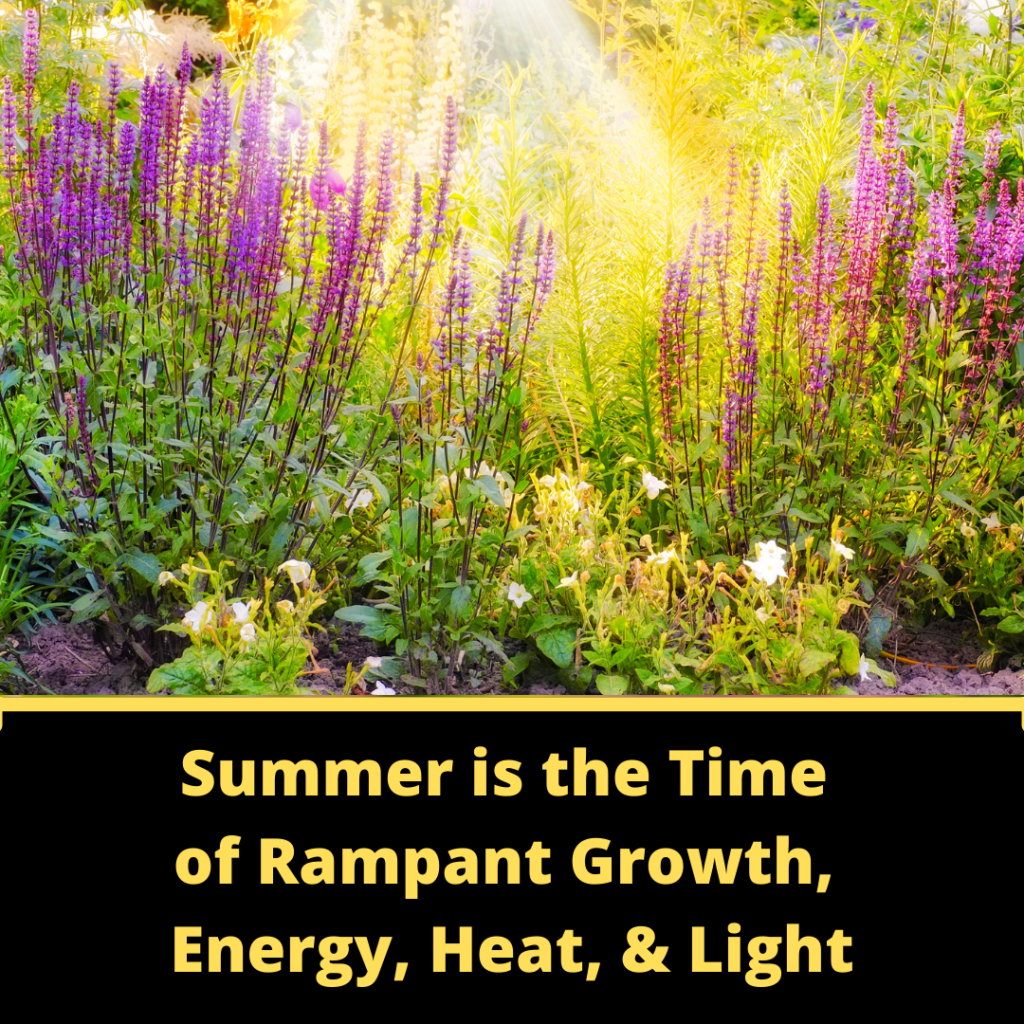 “Bees do have a smell, you know, and if they don’t they should, for their feet are dusted with spices from a million flowers.”
― Ray Bradbury, Dandelion Wine

“This day was only the first of many similar ones for the emancipated Mole, each of them longer and fuller of interest as the ripening summer moved onward. He learned to swim and to row, and entered into the joy of running water; and with his ear to the reed stems he caught, at intervals, something of what the wind went whispering so constantly among them.”
― Kenneth Grahame, The Wind in the Willows

But as the summer moves toward autumn, it becomes blazing hot–to the point of scorching and burning. Think Cat on a Hot Tin Roof:

“My only point, the only point that I’m making, is life has got to be allowed to continue even after the dream of life is–all–over….”
― Tennessee Williams, Cat on a Hot Tin Roof

“Oh, you weak, beautiful people who give up with such grace. What you need is someone to take hold of you–gently, with love, and hand your life back to you, like something gold you let go of–and I can! I’m determined to do it–and nothing’s more determined than a cat on a tin roof–is there?”
― Tennessee Williams, Cat on a Hot Tin Roof

“Mendacity is a system that we live in,” declares Brick. “Liquor is one way out an’death’s the other.”
― Tennessee Williams, Cat on a Hot Tin Roof

“I’m not living with you. We occupy the same cage. (Maggie)”
― Tennessee Williams, Cat on a Hot Tin Roof

“Time goes by so fast. Nothin’ can outrun it. Death commences too early–almost before you’re half-acquainted with life–you meet the other.”
― Tennessee Williams, Cat on a Hot Tin Roof 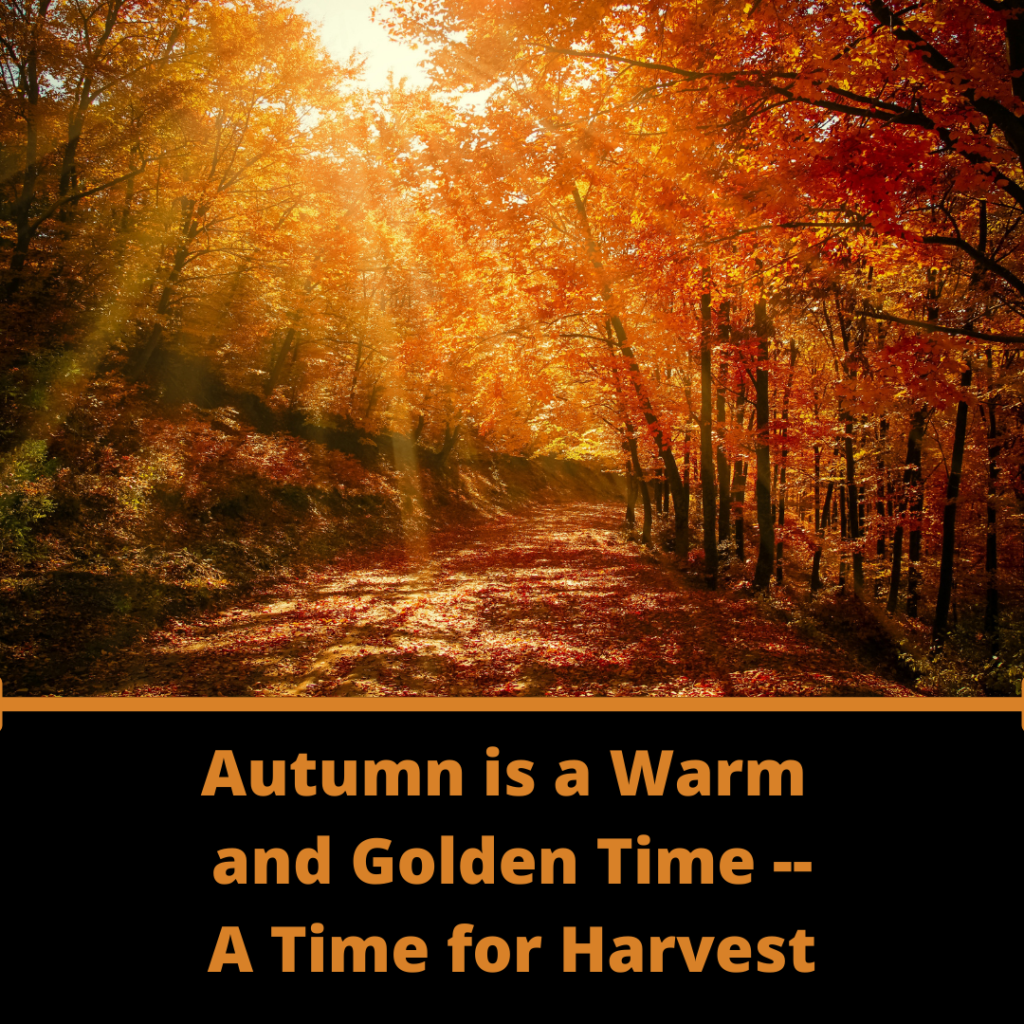 Autumn is a more mellow time. It is a golden and warm time–a time for harvest. In literature, autumn is the time time of people who are almost elderly.

“But when fall comes, kicking summer out on its treacherous ass as it always does one day sometime after the midpoint of September, it stays awhile like an old friend that you have missed. It settles in the way an old friend will settle into your favorite chair and take out his pipe and light it and then fill the afternoon with stories of places he has been and things he has done since last he saw you.”
― Stephen King, ‘Salem’s Lot

Think about the Winter Witch in Narnia. 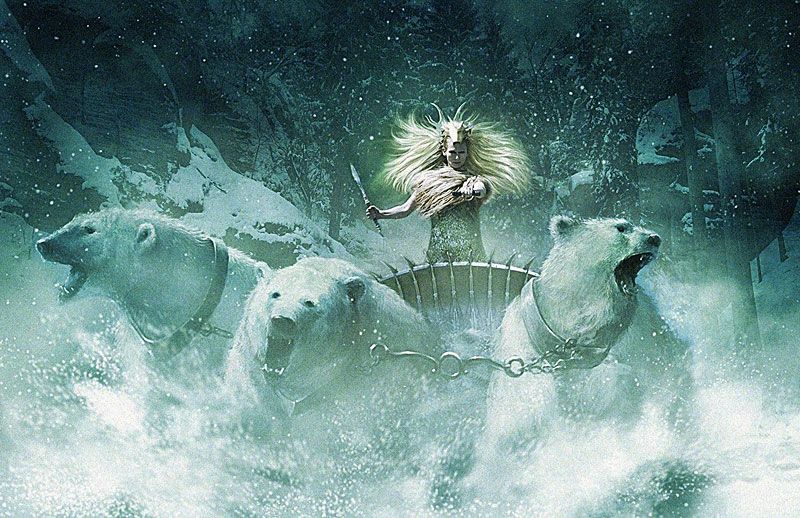 Or Winter might simply be a time of lying fallow:

“No animal, according to the rules of animal-etiquette, is ever expected to do anything strenuous, or heroic, or even moderately active during the off-season of winter.”
― Kenneth Grahame, The Wind in the Willows

“Wrong will be right, when Aslan comes in sight,
At the sound of his roar, sorrows will be no more,
When he bares his teeth, winter meets its death,
And when he shakes his mane, we shall have spring again.”
― C.S. Lewis, The Lion, the Witch and the Wardrobe

And with the above words, Lewis has alluded to one of literature’s greatest themes–The Circle of Life.

“The rapid nightfall of mid-December had quite beset the little village as they approached it on soft feet over a first thin fall of powdery snow. Little was visible but squares of a dusky orange-red on either side of the street, where the firelight or lamplight of each cottage overflowed through the casements into the dark world without. Most of the low latticed windows were innocent of blinds, and to the lookers-in from outside, the inmates, gathered round the tea-table, absorbed in handiwork, or talking with laughter and gesture, had each that happy grace which is the last thing the skilled actor shall capture–the natural grace which goes with perfect unconsciousness of observation. Moving at will from one theatre to another, the two spectators, so far from home themselves, had something of wistfulness
in their eyes as they watched a cat being stroked, a sleepy child picked up and huddled off to bed, or a tired man stretch and knock out his pipe on the end of a smouldering log.”
― Kenneth Grahame, The Wind in the Willows 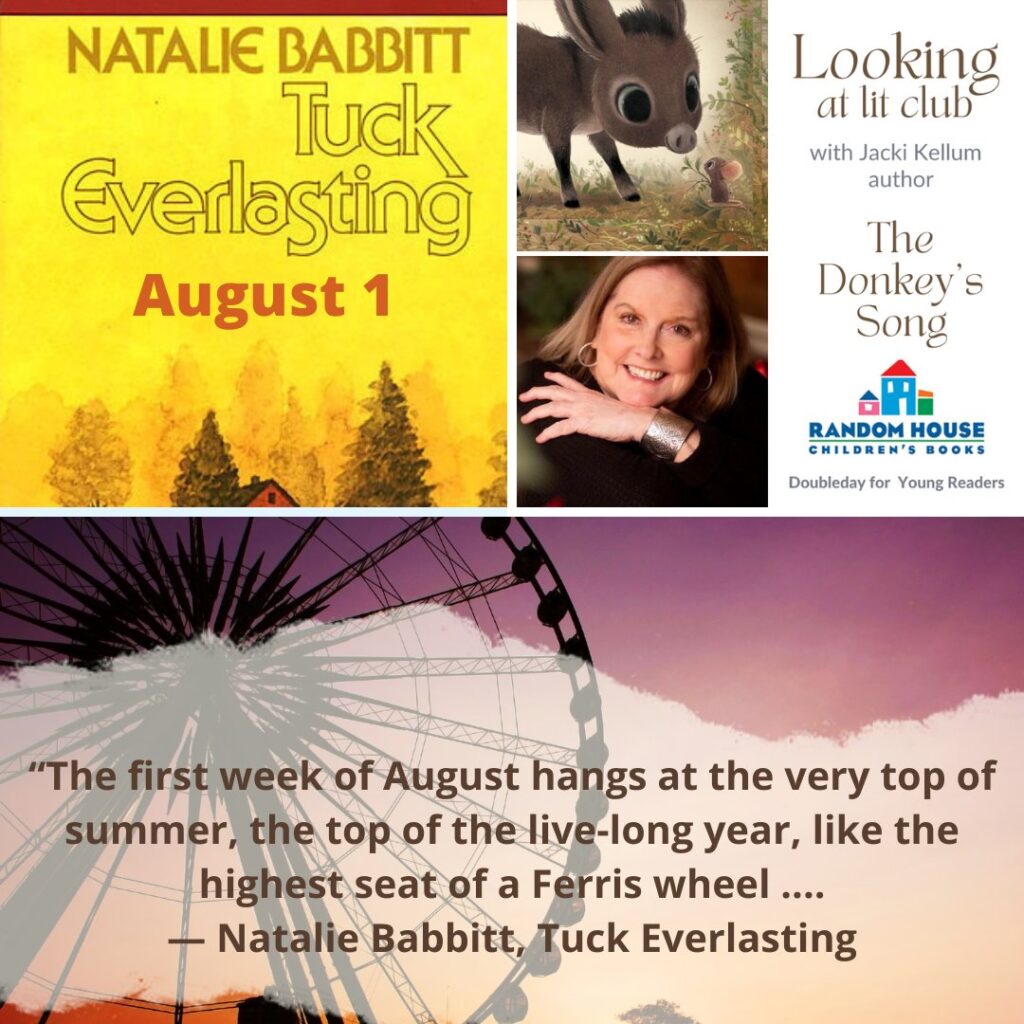 We could compare those stokes on the ferris wheel to the month of the year–the ever-renewing Circle of Life.  Paul Simong sang that song well:

“April Come She Will”
Lyrics by Paul Simon 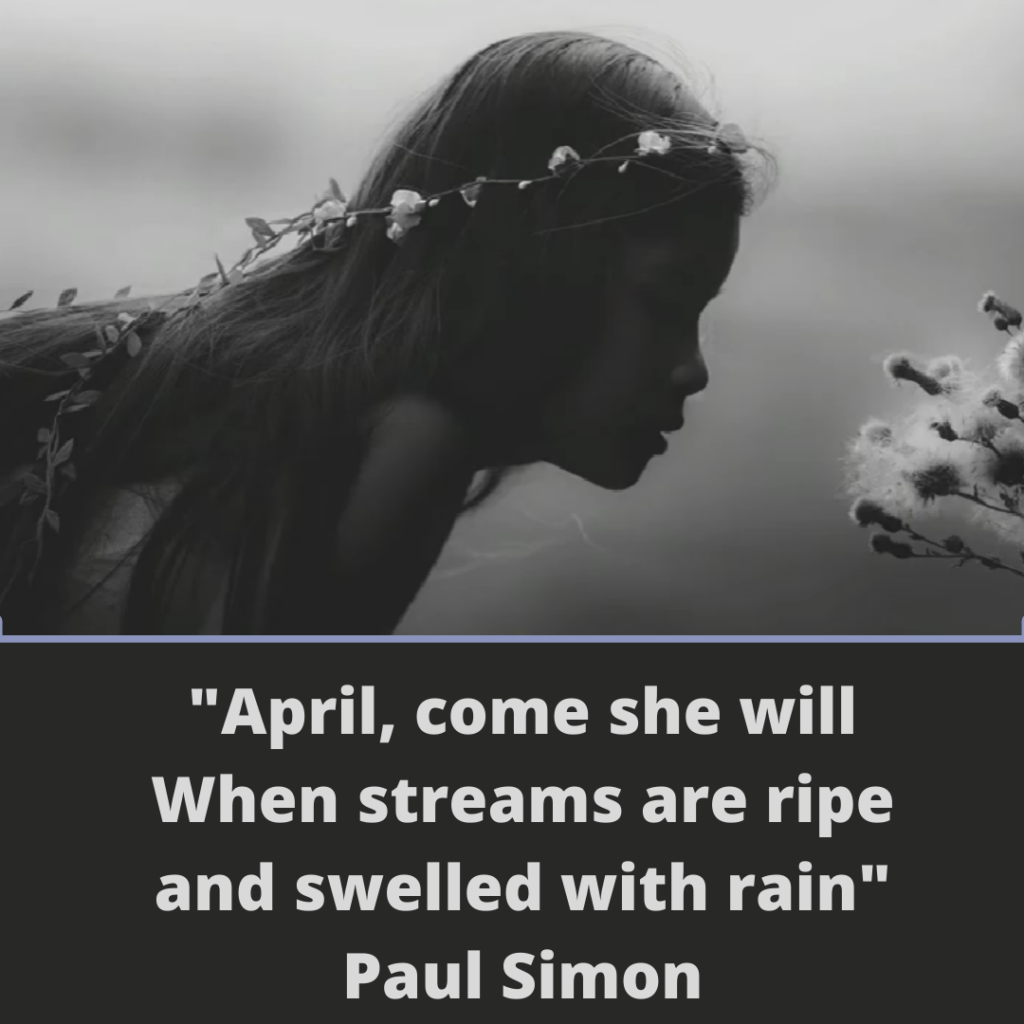 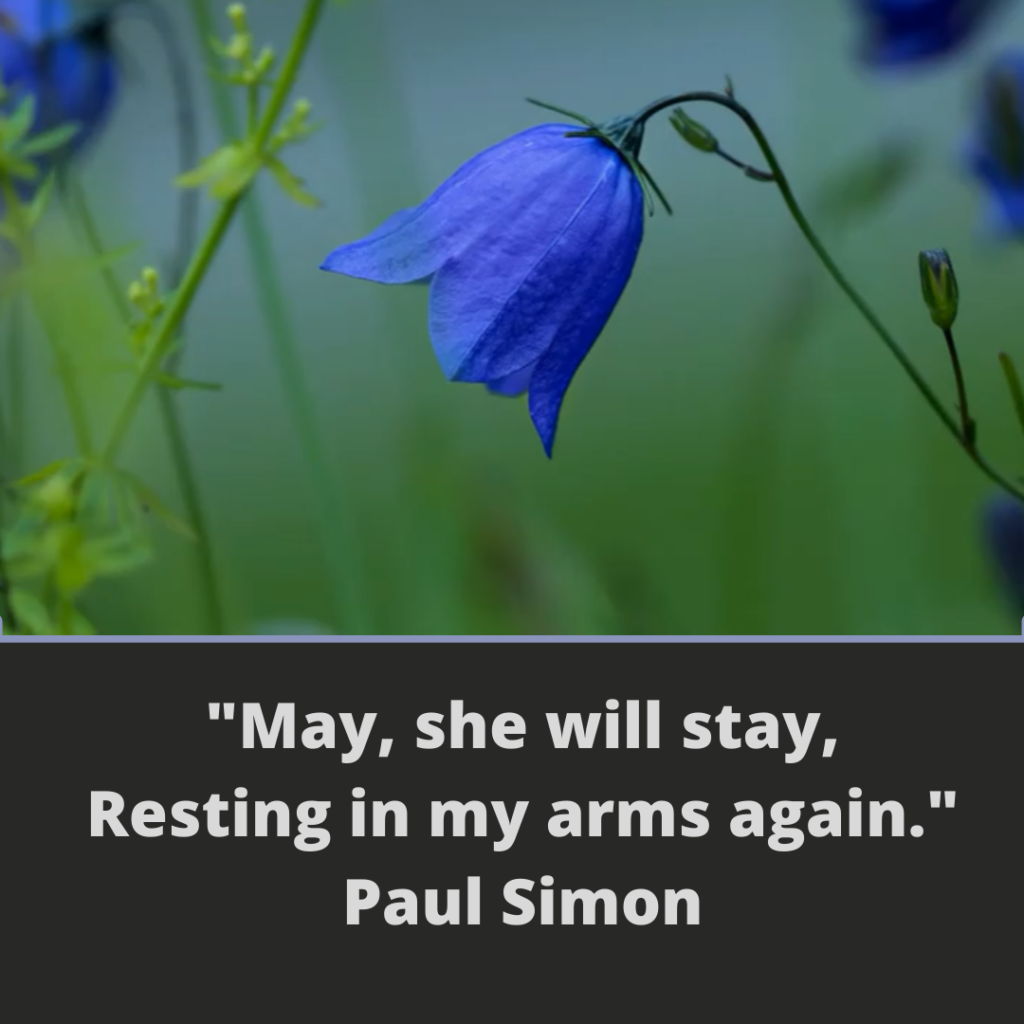 “May, she will stay, Resting in my arms again.” Paul Simon 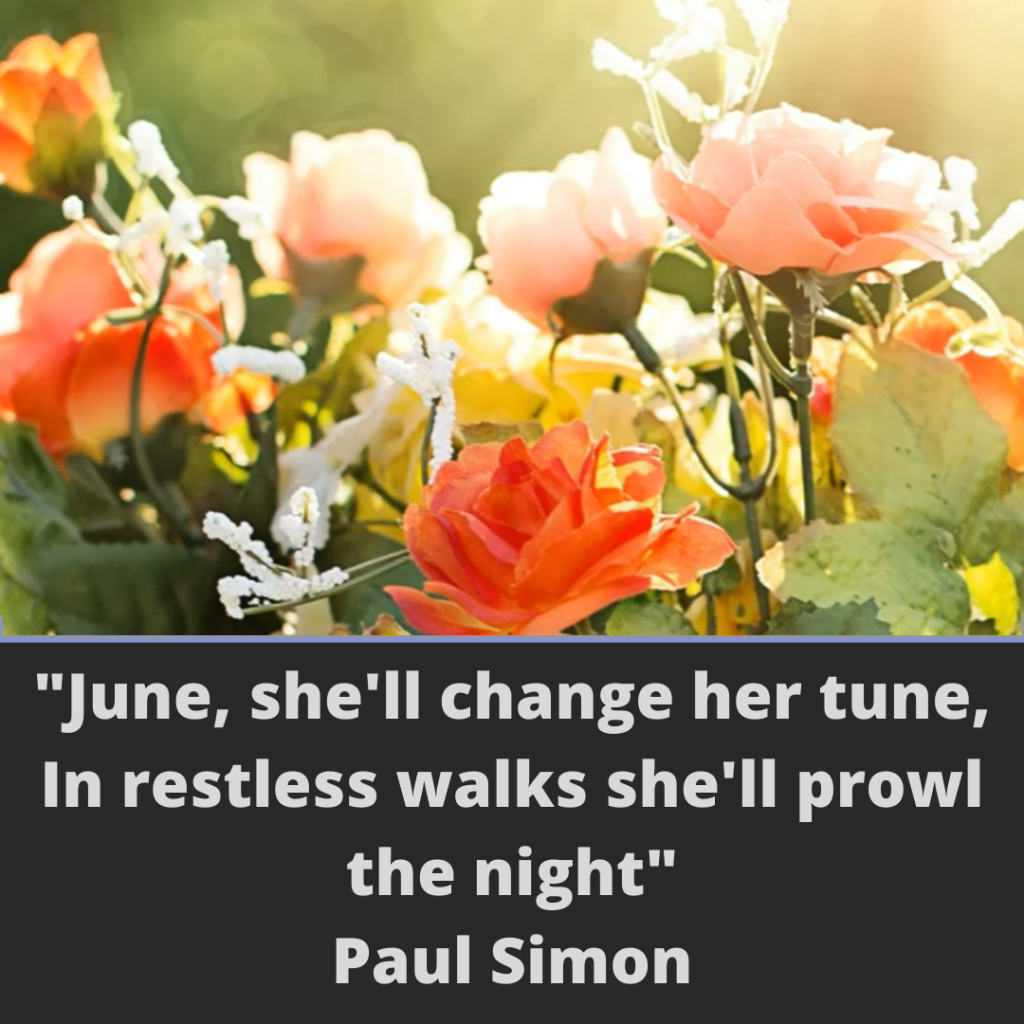 “Purple loosestrife arrived early, shaking luxuriant locks along the edge of the mirror whence its own face laughed back at it. Willow-herb, tender and wistful, like a pink sunset-cloud was not slow to follow. Comfrey, the purple hand-in-hand with the white, crept forth to take its place in the line; and at last one morning the diffident and delaying dog-rose stepped delicately on the stage, and one knew, as if string music has announced it in stately chords that strayed into a gavotte, that June at last was here.” ― Kenneth Grahame, The Wind in the Willows 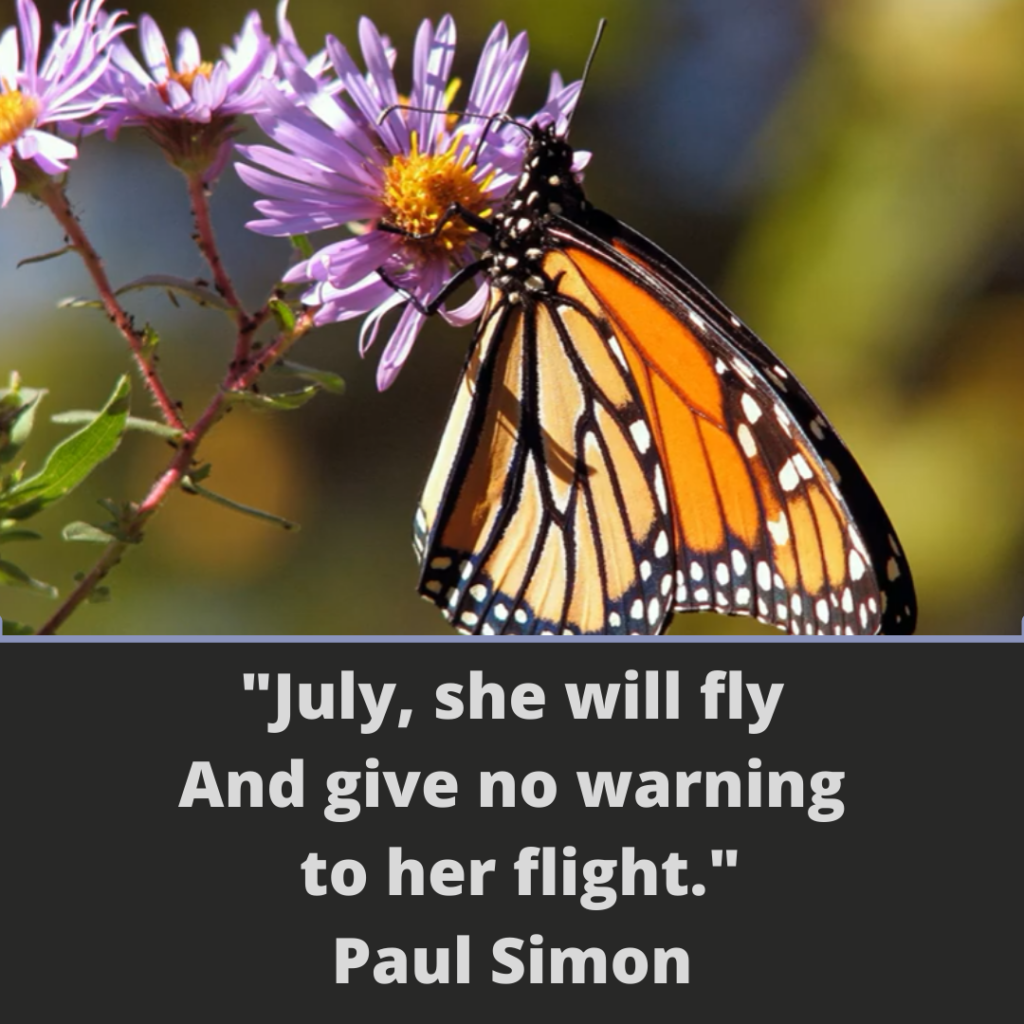 “July, she will fly
And give no warning to her flight.” Paul Simon 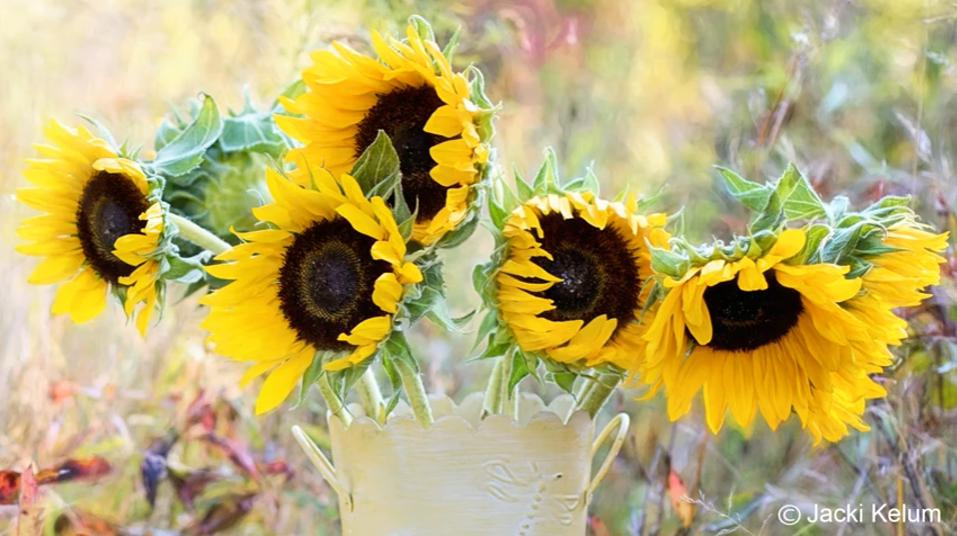 “August, die she must. The autumn winds blow chilly and cold” Paul Simon 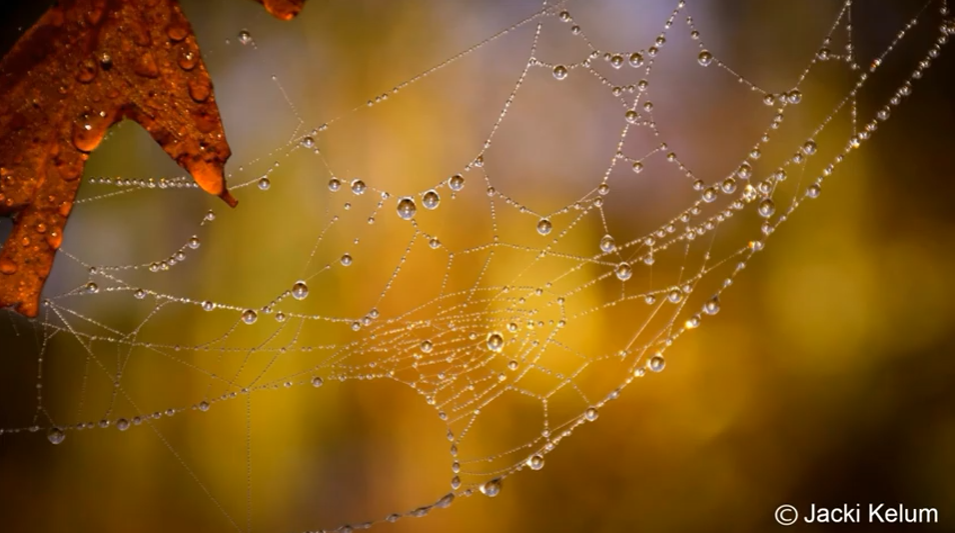 April, Come She Will
Lyrics by Paul Simon

April come she will
When streams are ripe and swelled with rain;
May, she will stay,
Resting in my arms again.

June, she’ll change her tune,
In restless walks she’ll prowl the night;
July, she will fly
And give no warning to her flight.

August, die she must,
The autumn winds blow chilly and cold;
September I’ll remember
A love once new has now grown old.

Going back to the image of time as a wheel, reconsider the theme of The Circles of Life and its Symbols:

The Circle Game by Joni Mitchel – Songs as Literature

Circles as Symbols and Themes in Literature