Although it probably isn’t wise for picture book authors to waste a lot of time thinking about it, somewhere along the way most of us begin to wonder: “Do I even have a chance of getting my debut picture book published?”

Getting a debut picture book published by a significant publisher is almost an impossibility, and yet, by some miracle, I managed to slip past that gate. The good news is that you can do that, too. My debut picture book, The Donkey’s Song, will be released in September of 2022, and it is ready for pre-order now. But this post is not about my book deal. In this post,  I want to share a few publishing statistics and tips that I have learned along the way. 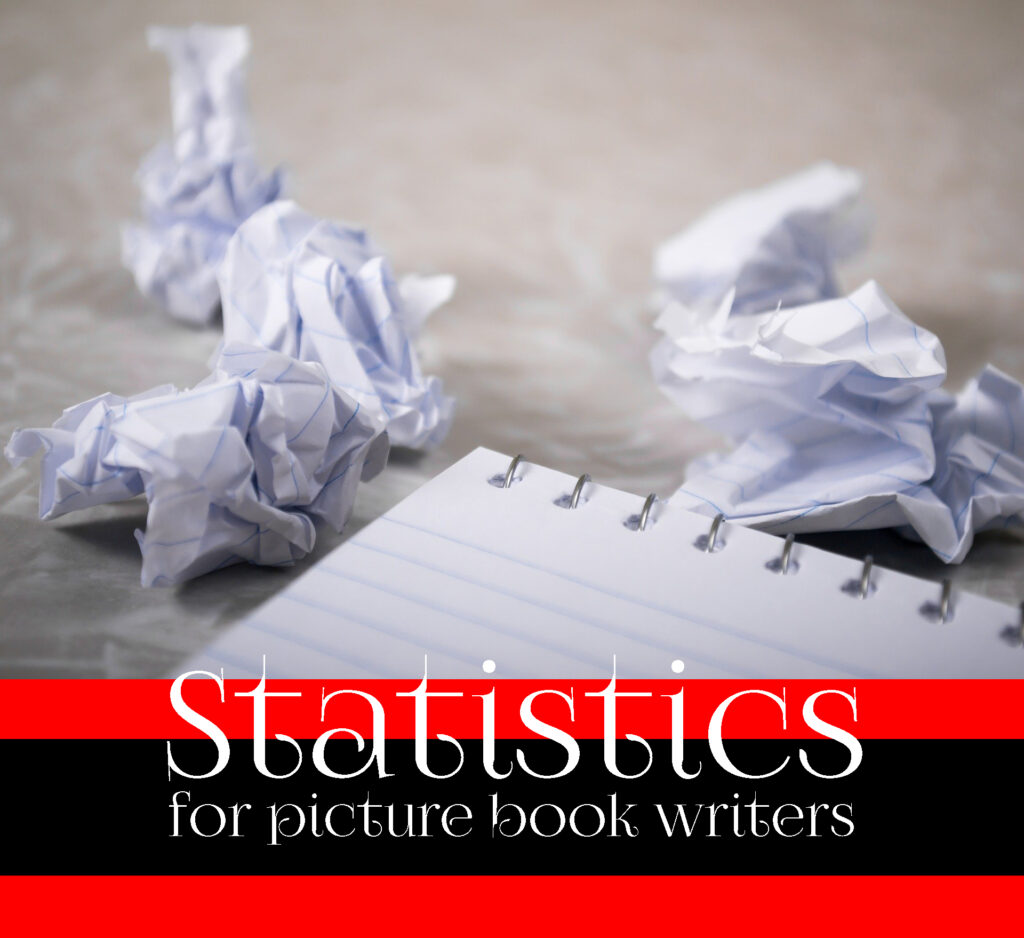 With those thoughts in mind, allow me to begin by sharing an article in which Hannah Holt shares some graphs and statistics that prospective picture book authors might want to consider Here:

Initially, Holt looks at how many years of effort are required before a picture book author might be published:

Cumulative years pursuing writing before the first picture book sold?
Answer: It took about half of the writers 5+ years to publish their first picture book. These spreads are mostly within a few percentage points whether the authors published at large houses or small houses. The biggest shift in small houses vs. large house authors is in the 11+ year category. Authors waiting 11+ years to publish were more than twice as likely to publish at smaller houses. 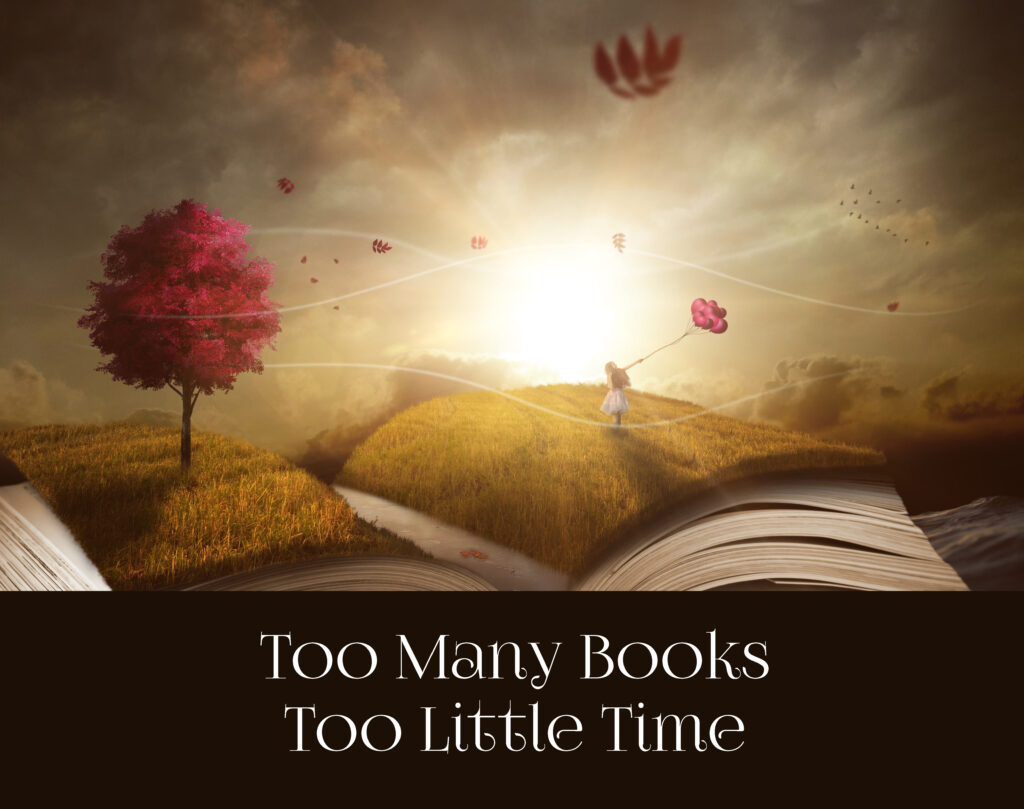 [I’m going to stop for a moment and say something about the element of time.]

Hear Me: Don’t wait for some mystical or subliminal message to drop upon you before you begin submitting your manuscripts. Do it now!

I have been dabbling at writing picture books for at least 25 years, and I have been seriously researching picture books for at least 40 years. Yet, I only began submitting my manuscripts a year ago. I could offer you a litany of excuses for my delay in submitting my work, but the bottom line is that my waiting was a mistake. The publishing industry likes young, fresh meat. Get your stuff out there sooner–not later.]
“Authors waiting 11+ years to publish were more than twice as likely to publish at smaller houses.”

As to how many debut picture book authors are published by one of the Big 5 Publishers, as opposed to by one of the smaller houses,

Hannah Holt tells us that only about 37% of the debut picture books are published by one of the Big 5 Publishers.

The Big 5 Publishers Are:

[While my debut book, The Donkey’s Song, has not been published yet, my early impressions are that I lucked into a deal with a great publishing house. I say this with humility, but I want to reiterate that at times, chance prevails over the statistics. I’ve said this before, but I believe that the following bears repeating:

Did the size of the publishing house translate into sales?

The average (mean) number at smaller advance-paying publishers was 12,340

Let’s slice the data another way and look at median sales. (That’s the middle-most sales.)

[Before I share these two facts, I am compelled to say that by some miracle, I slid past both of these statistics. Just remember that even in the publishing industry, miracles do happen.]

#6: How many drafts did you write of your debut picture book before it was accepted for publication?

14.5% of authors wrote more than 20 drafts of their book before it was accepted for publication; however, most authors (56.7%) wrote 2-9 drafts.

[I readily admit that I believe that the angels wrote my debut picture book, The Donkey’s Song, and that I merely typed, but I wrote my debut picture book in under 2 hours. Afterward, I essentially submitted my first draft to a prospective publisher, and that submission resulted in a contract. But don’t expect this to happen. It hasn’t even happened to me a second time.]

#8 How many rejections did you receive before it sold (including rejections for other stories that didn’t sell)?

But allow me to say one more time – Sometimes debut picture book authors succeed, in spite of all the reasons that they might not.

I don’t have an agent yet. In all honesty, I have not actually tried to get an agent yet, but I am beginning to look at that option for myself. From what I have read, others should, too.

Jane Friedman tells us that 80% of the books published by the big publishers are represented by agents :

“In today’s market, probably 80 percent of books published by New York houses get sold by literary agents. Agents are experts in the publishing industry and represent the interests of their author-clients. They have inside contacts with specific publishers and know which editors are most likely to buy a particular work. Perhaps most important, agents can secure the best possible book deal for you, negotiate a fair contract, protect your rights, ensure you are paid accurately and fairly, and run interference when necessary between you and the publisher.

“The best agents are career-long advisers and managers.

“Traditionally, agents get paid only when they sell your work, and they receive a 15 percent commission on everything you get paid (your advance and royalties). It is best to avoid agents who charge fees other than the standard 15 percent.”

In order to keep up with what agents are seeking, Friedman advises authors to watch Manuscript Wish List.

She also suggests the following links for authors seeking agents:

“PublishersMarketplace.com is the best place to research literary agents; not only do many agents have member pages there, but you can search the publishing deals database by genre, category, and/or keyword to pinpoint the best agents for your work. Some other resources to consider: 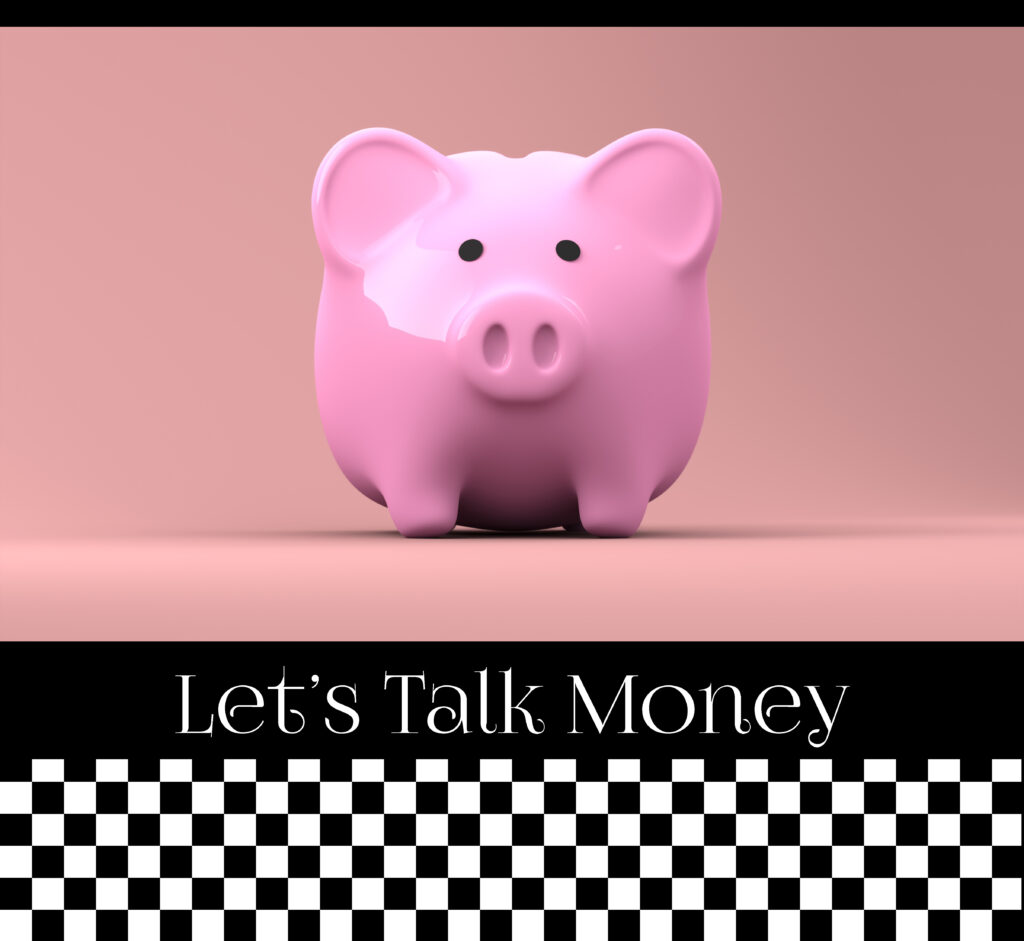 The numbers seem to indicate that the picture book authors who have agents fare better than those without, and again, finding a good agent will be my next quest. 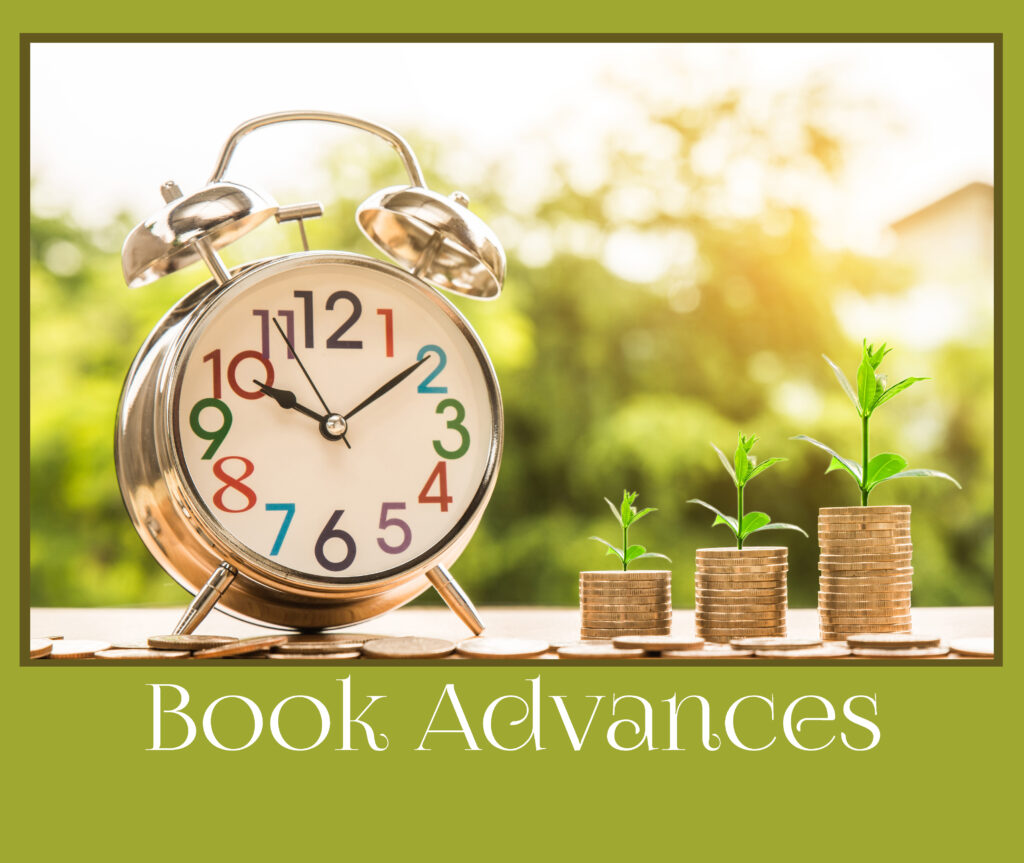 Writer’s Digest explains what a book advance is Here

“When a publisher is interested in acquiring a book manuscript, it usually offers the writer an advance against royalties, or advance for short. These payments come in all shapes and sizes, from $500 to millions of dollars, but the basic structure of an advance is the same industry wide.
“An advance is a signing bonus that’s negotiated and paid to the author before the book is published. It’s paid against future royalty earnings, which means that for every dollar you receive in an advance, you must earn a dollar from book sales before you start receiving any additional royalty payments. So, for example, if I were to receive a $10,000 advance with a royalty rate that works out to $1 per book sold (royalties are measured in percentages, but for the sake of this explanation let’s keep it simple), you would have to sell 10,000 books to pay off your advance. If your royalty rate worked out to $5 a book, you’d have to sell 2,000 copies. And so forth. After the publisher recoups your advance, it will begin to pay you royalties on subsequent sales based on the percentages outlined in the contract.”

A few highlights in regards to Book Advances:

As Writer’s Digest has explained, an advance is a bit like a loan. If you were paid  a $10,000 advance on your book, the book would need to sell enough copies to have paid out that advance, before you would earn any further royalties.

While the prospect might become embarrassing, we might wonder what the odds are that our published books will break even, in regards to the advances that the writer was paid. Holt says the following about that:

#2 Did your debut book earn out its advance?

“By the 5 year mark, most of the authors taking this survey had earned-out their advance. It may take an author several years to earn out their advance, and some authors never collect royalties.”

When I initially decided to become a picture book author-illustrator, visions of sugarplums danced in my head. In other words, for at least a year after I began submitting my manuscripts, I thought that I’d make some money from my picture books.

The first hard reality that I have learned is  that it is very difficult to get a book published, and at least in my case, I have already spent a lot of money pursuing my dream.  But I’ll try to write something about my expenses later,

My second reality check has been that most picture book writers and illustrators make very little money at all.

#3 What was your total writing income last year (net income)?

“Most published picture book authors (68%) earned less than $10,000 last year. Half of Big 5 debut authors earned over $10k, while only 21.3% of authors at smaller houses received over that amount.”

Once more, Holt indicates that having an agent boosts a writer’s earning potential:

If the prospects are grim for a writer’s becoming rich writing picture books, I firmly believe that the effort is still worthwhile. In another post, I shared what motivates me to write. To summarize the following post,

I write to express that which is beyond the realm of words. I write for the magic, for the journey, and to be something beyond my smallest self. I write to mean.