Several months ago, I began preparing to move into a very old house, and although there are formal features about my place, it is just an old farmhouse. Long before the coronavirus had begun threatening Americans and had begun imposing a slow-down of life upon us, I had begun making plans to move into a house that is a far cry from the “nicer” homes where many of my friends live. My house is old-time. In just about everything, I like old-time. 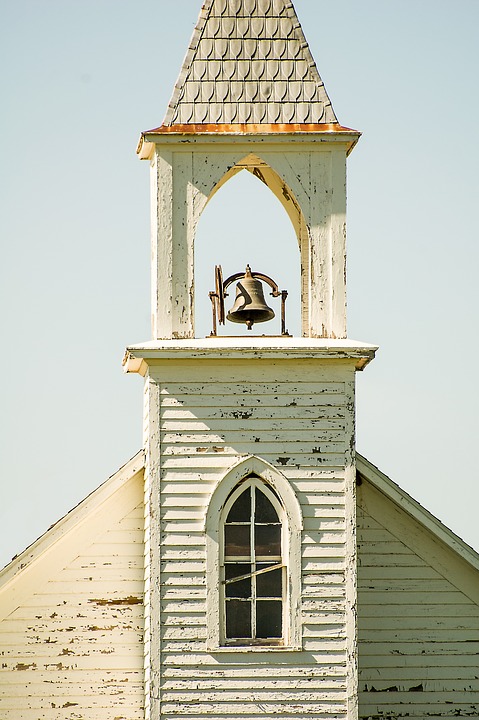 This morning, I am thinking about the song “Give Me that Old-Time Religion.” When I was a child, I would often hear someone singing a few bars of that song, but I rarely hear that anymore. In fact, I’m the only person that I know who still sings that old tune, and I hardly ever sing it. Many people have given up on religion entirely now, or they have shifted their interests to a newer, more modern way to worship. For most people, the old-time religion went out with the wringer washers, and I am not sure that in modernity, we are better situated.

After I had begun moving to my new, old house, I discovered that internet providers are not installing new internet services during the coronavirus. Television service is also not being hooked up at this time. Had I stayed in my other house, I would have been okay for the internet and television, but in moving, I have found myself without either. I have also lost my eyeglasses in the shuffle. My old-time house feels more old-time than it might have at other times, but the fact remains that I am experiencing a time warp. Yet, since I do have an appreciation for things from the past, I am less affected than many might be.

I enjoy watching all types of movies. My dad also loved watching movies. I still remember his allowing me to stay up late and watch some very great films on television. When I was very young, my dad introduced me to the Wizard of Oz, but he also introduced me to Sergeant York. Sergeant York takes place in Appalachia, which is a rural mountain region in East Tennessee and other states nearby. I love rural mountain regions, and I currently live in the Ozarks, which is similar to Appalachia. I painted a very old Ozarks church. 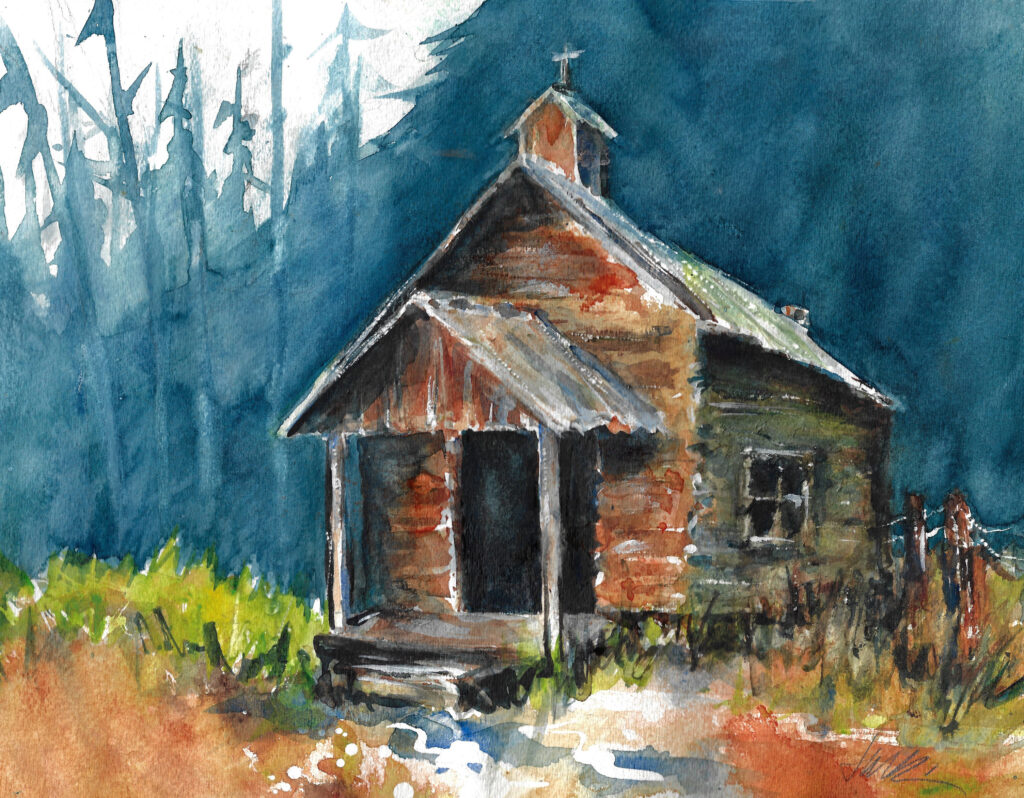 But back to Sergeant York, I will always remember the part of that movie in which Alvin York is religiously saved.. The congregation sang: “Give Me That Old-Time Religion.”

While on the topic of Old-Time Religion, I would like to share my experience visiting an old, country church near Oxford, Mississippi, where I attended college at the University of Mississippi or Ole Miss.

When I was in college, I discovered an old, white, wooden church that was nestled in a forest. That old church looked a bit like the photo above. I never attended services at that church, but for a couple of years, I went out to that site every day and just sat there and allowed myself to feel. I suppose I meditated–in a very simple way. I remember the first day that I found my old, country altar.

I was driving around the countryside that surrounds Oxford, Mississippi, and as I turned one corner on a gravel road, I spotted a church at the end of a long road. I began driving toward the building, and as I got closer, I rolled down my car’s windows, and the shade of the forest seemed to descend upon me, cooling the air around myself.  The fresh, pungent smell of the pines pierced my nose, and the dust from my car’s ascent was settling. A smoky haze floated and bits of powdery earth landed on my tongue. I was in a different place. Not more than ten miles away from the campus of the University of Mississippi, I had discovered a place that I venture to say that no other co-ed had seen, and at that time, I needed that separation.

I parked my car and began walking toward the building. Long, splintery boards were nailed to the rough bark of two massive oaks that stood about 15 feet apart. I had been a Southern Baptist long enough that I knew that these boards were the buffet where church picnics were served. In other words, those boards marked the site of the dinners on the ground. Standing there, I could smell hot, buttery biscuits, crispy-fried chicken, my grandma’s dumplings, macaroni and cheese, ham so fresh that it almost oinked, and cinnamon-loaded apple pies in homemade crusts.

I walked closer to the little, wooden building and from its white, peeling paint, and the cracks in the mortar that lifted it from the ground, I knew that this old church had certainly been in its spot for many, many years, and something about that made me feel secure.

Two heavy doors stood at the entry of the church, and they were locked; but standing there, I could almost hear the old, out-of-tune piano plunking and a scant congregation, mostly of old, weak voices, joining and singing, “When We All See Jesus, We’ll Sing and Shout the Victory.”

Oh, please Lord, do give me that Old-Time Religion once again.