Among other things, Leaf by Niggle is a story about a painter who senses an urgency within himself to complete something important before his time runs out. Tolkien notes that the time of his story takes place during the autumn, and Tolkien also mentioned autumn in his book The Fellowship of the Rings:

“He found himself wondering at times, especially in the autumn, about the wild lands, and strange visions of mountains that he had never seen came into his dreams. He began to say to himself: ‘Perhaps I shall cross the River myself one day.’ To which the other half of his mind always replied: ‘Not yet.’” ― J.R.R. Tolkien, The Fellowship of the Ring

(Fellowship of the Ring

Tolkien mentioned the month of September in The Return of the King:

“September came in with golden days and silver nights,” — J.R.R. Tolkien, from The Return of the King” 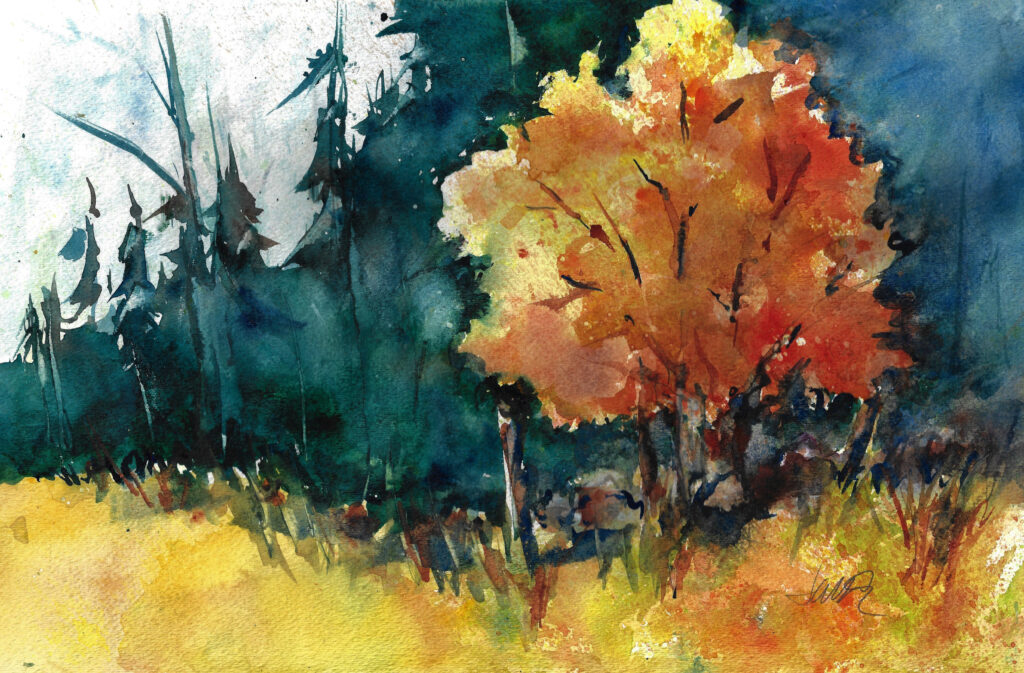 Over the years, I have noticed that several authors have mentioned the word “autumn” in their writings. At times, the writer is merely celebrating the colors of autumn:

“And I rose
In rainy autumn
And walked abroad in a shower of all my days…”
― Dylan Thomas, Collected Poems

“And now, my poor old woman, why are you crying so bitterly? It is autumn. The leaves are falling from the trees like burning tears- the wind howls. Why must you mimic them?”
― Mervyn Peake, Titus Groan

“Autumn is a second spring when every leaf is a flower.”
― Albert Camus―

“Her pleasure in the walk must arise from the exercise and the day, from the view of the last smiles of the year upon the tawny leaves and withered hedges, and from repeating to herself some few of the thousand poetical descriptions extant of autumn–that season of peculiar and inexhaustible influence on the mind of taste and tenderness–that season which has drawn from every poet worthy of being read some attempt at description, or some lines of feeling.”
― Jane Austen, Persuasion ―

“Season of mists and mellow fruitfulness,
Close bosom-friend of the maturing sun;
Conspiring with him how to load and bless
With fruit the vines that round the thatch-eves run;
To bend with apples the moss’d cottage-trees,
And fill all fruit with ripeness to the core;
To swell the gourd, and plump the hazel shells
With a sweet kernel; to set budding more,
And still more, later flowers for the bees,
Until they think warm days will never cease,
For Summer has o’er-brimm’d their clammy cells.”
― John Keats, Complete Poems and Selected Letters

“Listen! The wind is rising, and the air is wild with leaves,
We have had our summer evenings, now for October eves!”
― Humbert Wolfe ―

“I love the autumn—that melancholy season that suits memories so well. When the trees have lost their leaves, when the sky at sunset still preserves the russet hue that fills with gold the withered grass, it is sweet to watch the final fading of the fires that until recently burnt within you.”
― Gustave Flaubert, Memoirs of a Madman and November

“A moral character is attached to autumnal scenes; the leaves falling like our years, the flowers fading like our hours, the clouds fleeting like our illusions, the light diminishing like our intelligence, the sun growing colder like our affections, the rivers becoming frozen like our lives–all bear secret relations to our destinies.”
― François-René de Chateaubriand, Mémoires d’Outre-Tombe

“That country where it is always turning late in the year. That country where the hills are fog and the rivers are mist; where noons go quickly, dusks and twilights linger, and midnights stay. That country composed in the main of cellars, sub-cellars, coal-bins, closets, attics, and pantries faced away from the sun. That country whose people are autumn people, thinking only autumn thoughts. Whose people passing at night on the empty walks sound like rain.”
― Ray Bradbury ―

One of my favorite books about autumn is Ray Bradbury’s Something Wicked This Way Comes:

“First of all, it was October, a rare month for boys. Not that all months aren’t rare. But there be bad and good, as the pirates say. Take September, a bad month: school begins. Consider August, a good month: school hasn’t begun yet. July, well, July’s really fine: there’s no chance in the world for school. June, no doubting it, June’s best of all, for the school doors spring wide and September’s a billion years away.

But you take October, now. School’s been on a month and you’re riding easier in the reins, jogging along. You got time to think of the garbage you’ll dump on old man Prickett’s porch, or the hairy-ape costume you’ll wear to the YMCA the last night of the month. And if it’s around October twentieth and everything smoky-smelling and the sky orange and ash gray at twilight, it seems Halloween will never come in a fall of broomsticks and a soft flap of bedsheets around corners.”
― Ray Bradbury, Something Wicked This Way Comes 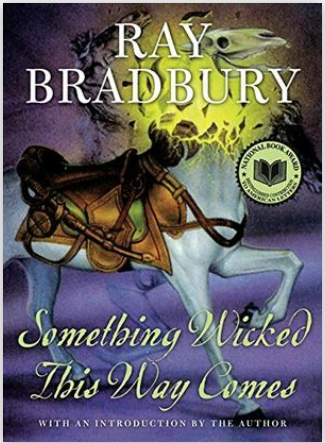 Other writers have included thoughts about autumn in their books.

“You expected to be sad in the fall. Part of you died each year when the leaves fell from the trees and their branches were bare against the wind and the cold, wintery light. But you knew there would always be the spring, as you knew the river would flow again after it was frozen.
― Ernest Hemingway, A Moveable Feast  ―

“Life begins again when it gets crisp in the fall.”
― F. Scott Fitzgerald ―

“Aprils have never meant much to me, autumns seem that season of beginning, spring.”
― Truman Capote, Breakfast at Tiffany’s ―

“Autumn seemed to arrive suddenly that year. The morning of the first September was crisp and golden as an apple.”
― J.K. Rowling, Harry Potter and the Deathly Hallows

“But when fall comes, kicking summer out on its treacherous ass as it always does one day sometime after the midpoint of September, it stays awhile like an old friend that you have missed. It settles in the way an old friend will settle into your favorite chair and take out his pipe and light it and then fill the afternoon with stories of places he has been and things he has done since last he saw you.”
― Stephen King, ‘Salem’s Lot

“At no other time (than autumn) does the earth let itself be inhaled in one smell, the ripe earth; in a smell that is in no way inferior to the smell of the sea, bitter where it borders on taste, and more honeysweet where you feel it touching the first sounds. Containing depth within itself, darkness, something of the grave almost.”
― Rainer Maria Rilke, Letters on Cézanne

“Her pleasure in the walk must arise from the exercise and the day, from the view of the last smiles of the year upon the tawny leaves and withered hedges, and from repeating to herself some few of the thousand poetical descriptions extant of autumn–that season of peculiar and inexhaustible influence on the mind of taste and tenderness–that season which has drawn from every poet worthy of being read some attempt at description, or some lines of feeling.”
― Jane Austen, Persuasion

“August rain: the best of the summer gone, and the new fall not yet born. The odd uneven time.”
― Sylvia Plath, The Unabridged Journals of Sylvia Plath