I have been busy getting my curriculum ready for the class that I’ll be teaching this fall at my local college. Along the way, I decided to share some of that class online via social media, and I launched Looking at Lit, a free club for anyone who wants to learn more about literature. I knew that the release date for my new picture book was looming on my horizon, but I had placed that release on the back burner while I began sharing about literature, in general. Among other things, I told anyone who would listen that all writers need to study other writers.

I also shared what I knew about a few themes, including about the literary theme of Dark versus Light. At the time that I began that project, I wasn’t thinking about what I would write next. I was strictly sharing for other people until it occurred to me that I need to start a new picture book, and I need to harness the theme of Dark versus Light.

I considered several potential book ideas, and I began writing a few stories, and then, realized: “Hey! I’ve already written a book about Dark versus Light–and that book is about to be released in bookstores everywhere. 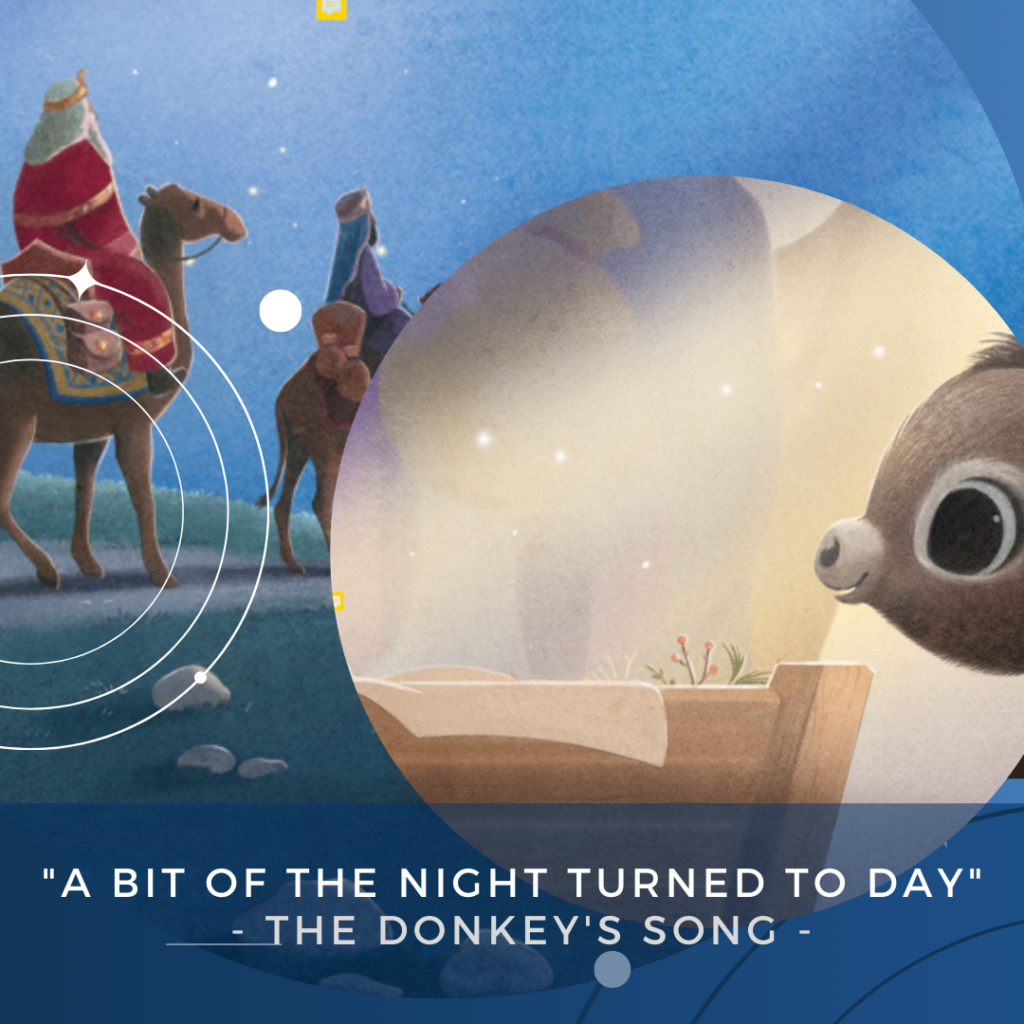 I don’t want to be a plot spoiler, but one of the lines in The Donkey’s Song is: “A Bit of the Night turned to Day.”

What I do want to tell you is that the theme of Night versus Day is so very familiar to me that I didn’t even think about it when I was writing it. The words just poured out of me–looking for a place to land.

Today, I am excited for a variety of reasons. My debut picture book is about to be released, and I have realized that what I have been telling everyone else about writing is true: