No doubt, the cow that jumped over the moon has inspired many a poet, artist, illustrator, and just plain visionary and/or liver-of-life. Because the words are very common, we might tend to overlook them as literature, but allow me to remind you how very, very good this poem is:

Hey, diddle, diddle,
The cat and the fiddle,
The cow jumped over the moon;
The little dog laughed
To see such sport,
And the dish ran away with the spoon.

Consider all of the fantastic things that are going on in those few lines. A pet animal has become so very real that he can play a musical instrument, and not only that, he is playing a song that makes folks want to dance.

Life is being lived at the max in this poem: it is over the moon–it is heavenly–and everyday, household items have become human and have wedded and have run away for a life of bliss.

Living doesn’t get any better than what is described in Hey Diddle Diddle. I have spent my entire life, trying to get over that cow’s moon. Haven’t you? 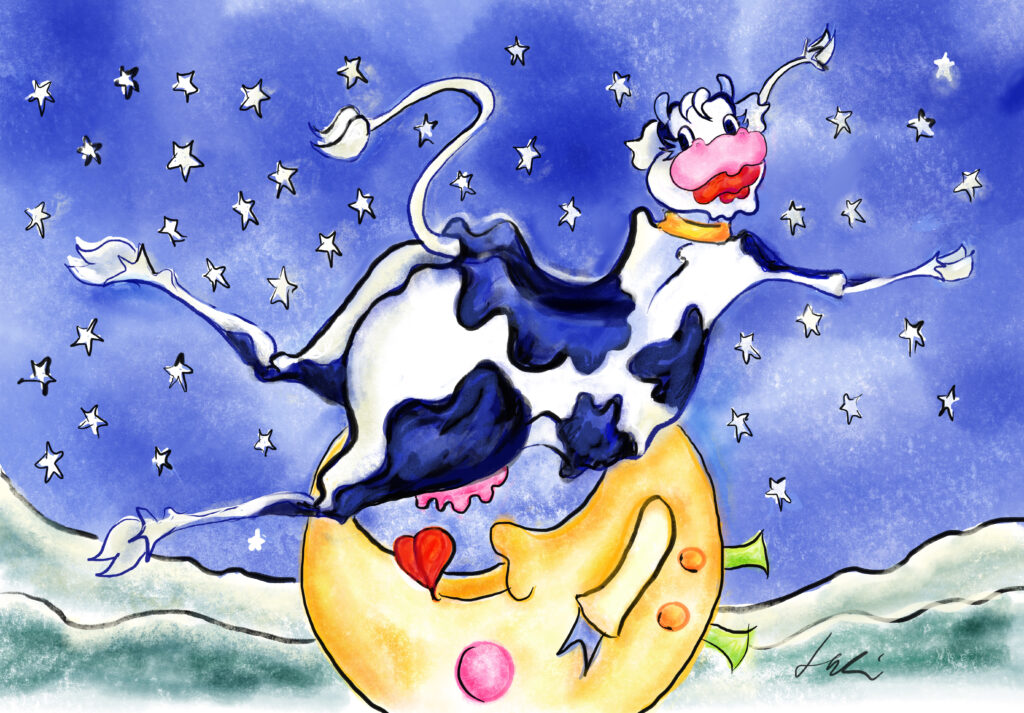 Let’s give the cat, the fiddle, the cow, and the moon credit: They taught us to dream.

I feel the same way about the Owl and the Pussy Cat.

“They took some honey, and plenty of money”—what more could anyone want?  Honey and money–the sweet stuff of life and enough money to pay the bills: that is more than enough for me, and that is what my work is about. I want to find ways to re-express the ideal that enough is more than enough, and too much is absolute fluff. Too much clouds the issues.