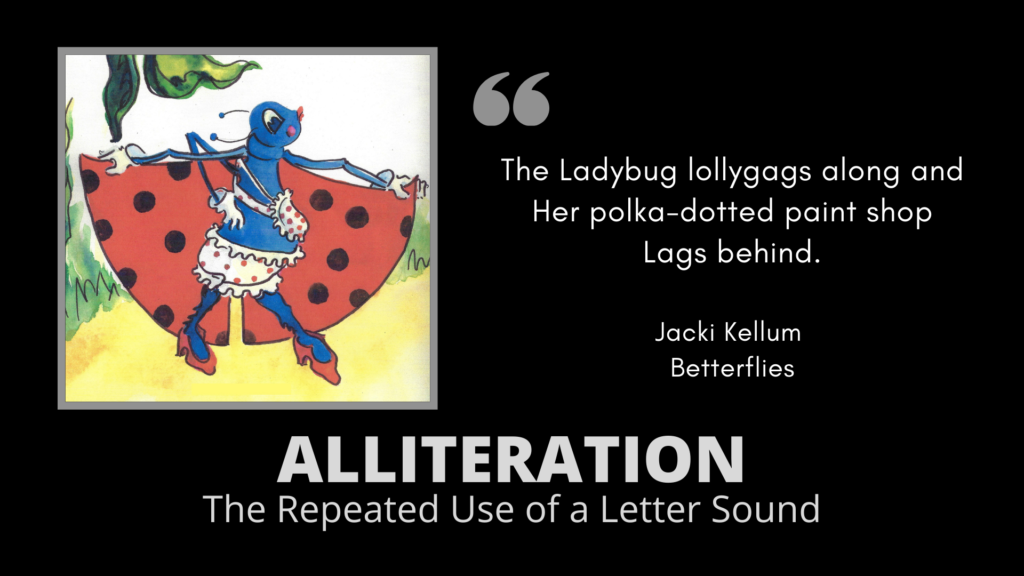 Over the next few days, I hope to say a word or two about several different literary devices that writers might use to give their writing some punch. My favorite literary device is alliteration.

“Laboring, lumbering, laden, and lingering,
The Ladybug lollygags along,
Her polka-dotted paint shop lags behind.”
Ladybug and Damselfly: How They Became Better-Flies
Jacki Kellum

If I were asked to name only one writing rule that I have learned along the way, it would be: Show Don’t Tell. 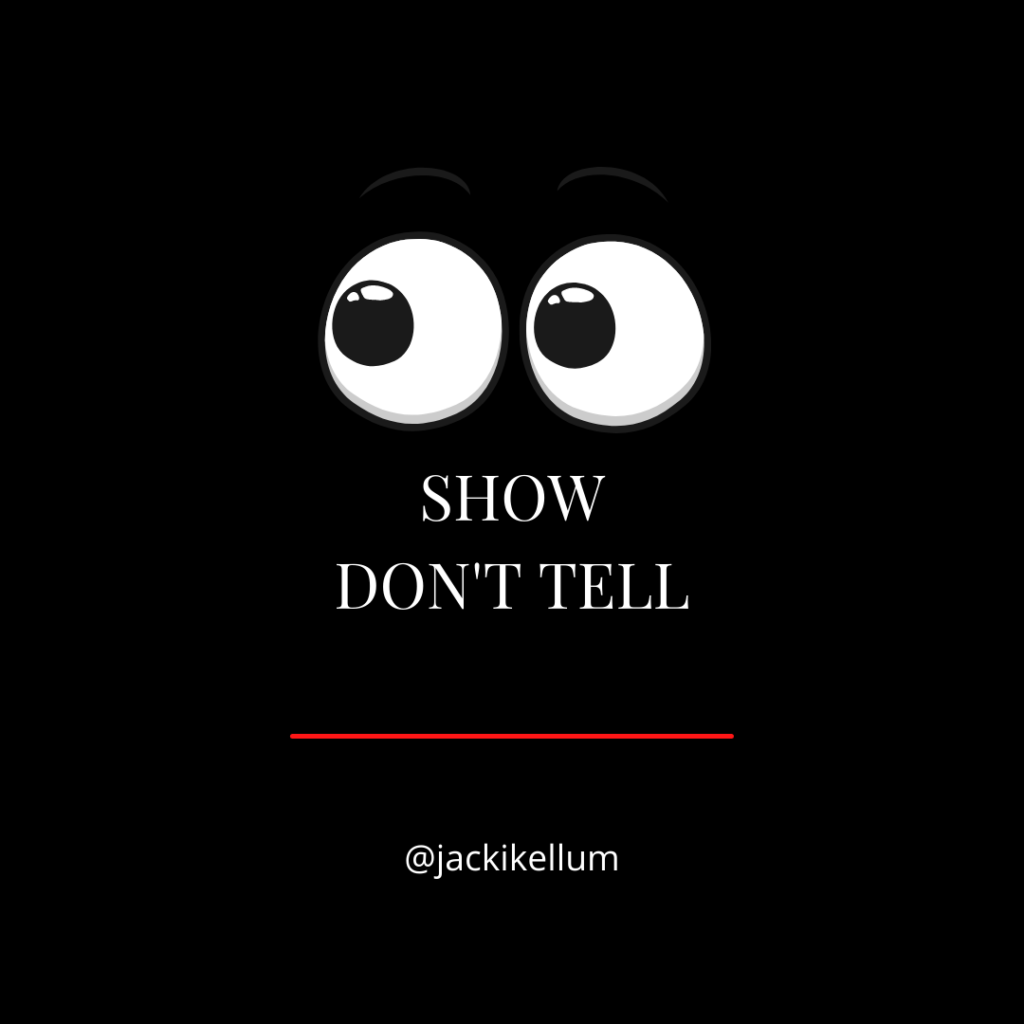 I am a big advocate of shutting down the self-editor at the beginning of a new writing project, but like a river rat wrangling down an alligator, I do wrestle with the “show-don’t-tell” rule. As soon as I finish writing my first draft, I begin peeking at my words and asking myself, “Am I showing or telling?”

Alliteration is a device that helps me paint the pictures–or “show” and not tell, and it accomplishes that task with a little bit of peppery punch, too.

“Laboring, lumbering, laden and lingering,
the Ladybug lollygags along and
Her polka-dotted paint shop lags behind.”

I could have just told you that once upon a time, a ladybug slowly and carefully trod across the garden floor. Burdened by the weight of her own shell, she struggled to drag it behind herself.

I could have said that,

But alliteration makes that message dance.

If you read the alliterated version of the words slowly enough, you should be able to “see” in your own mind exactly how the ladybug was moving one day. When I have accomplished that goal, I am showing, rather than telling.