I’ll add that as a work of art, that celebration might also include that which is represented in a story. 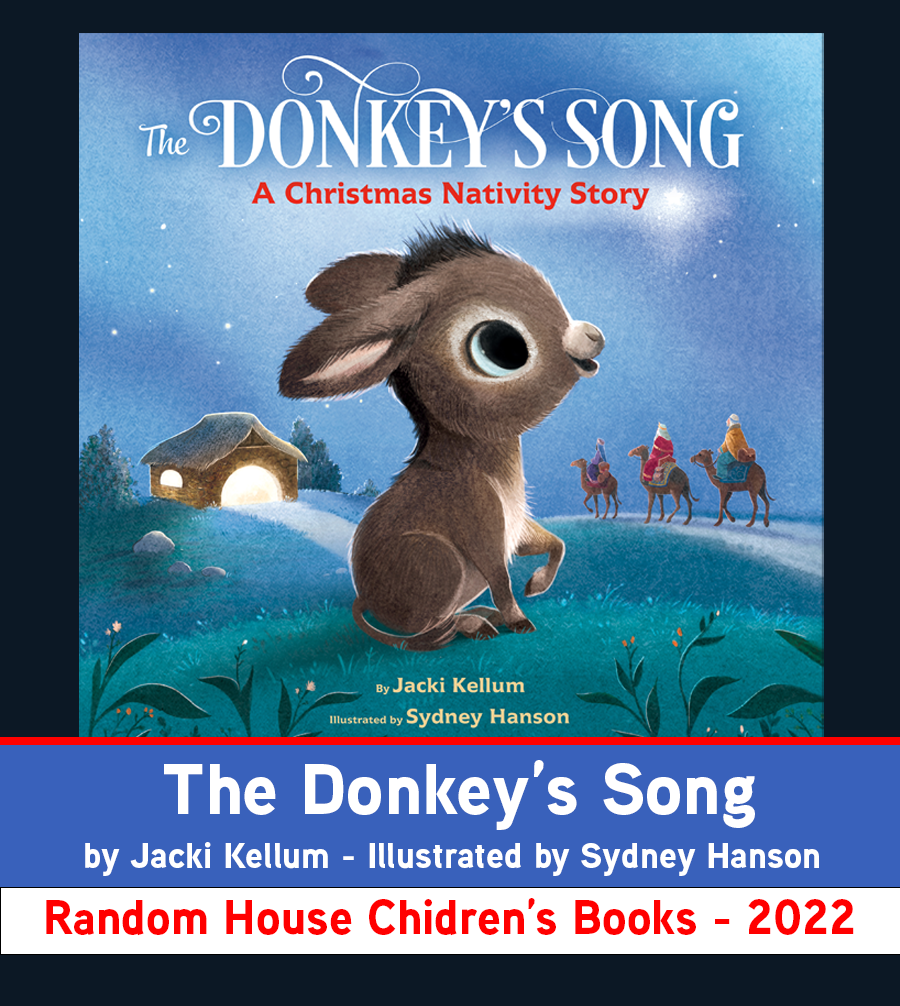 Link to Pre-Order the Book

Random House Children’s Books added the subtitle A Christmas Nativity Story to the title of my debut picture bookThe Donkey’s Song, and I thought that it might be good to explain what that exactly means. Hopefully, I can also explain more. 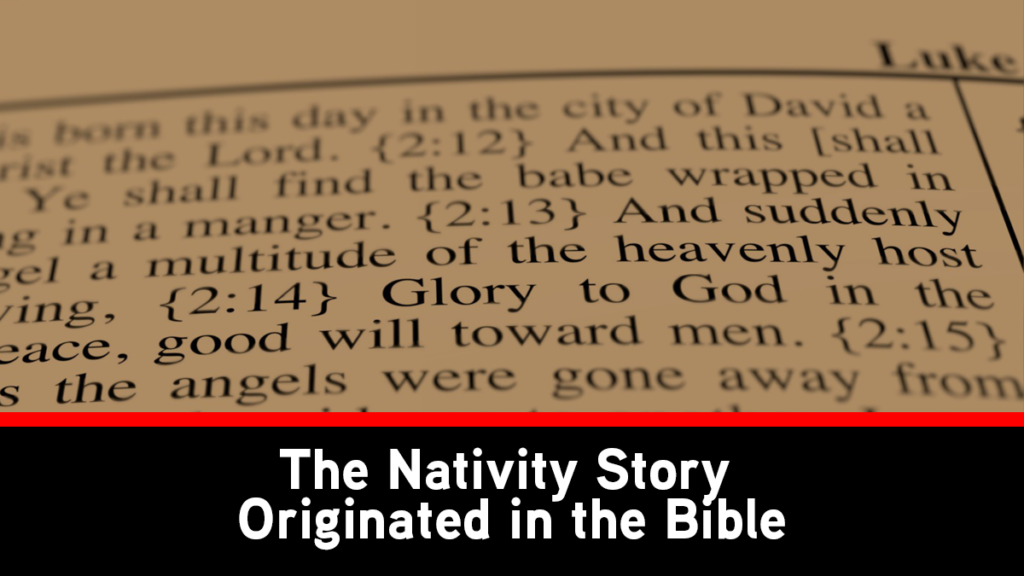 Traditionally speaking, The Christmas Story originated in the Bible. You might read that Biblical Nativity Story in either the book of Luke or the book of Matthew. The most popular version of the story is in Luke.

The Birth of Jesus

In another post, I’ll share the entire version of the Christmas Story as It appears in Luke, but for now, I want to say that while the Bible is a Christian book, I embrace the fact that non-Christians might also find The Donkey’s Song appropriate in more than one other way. 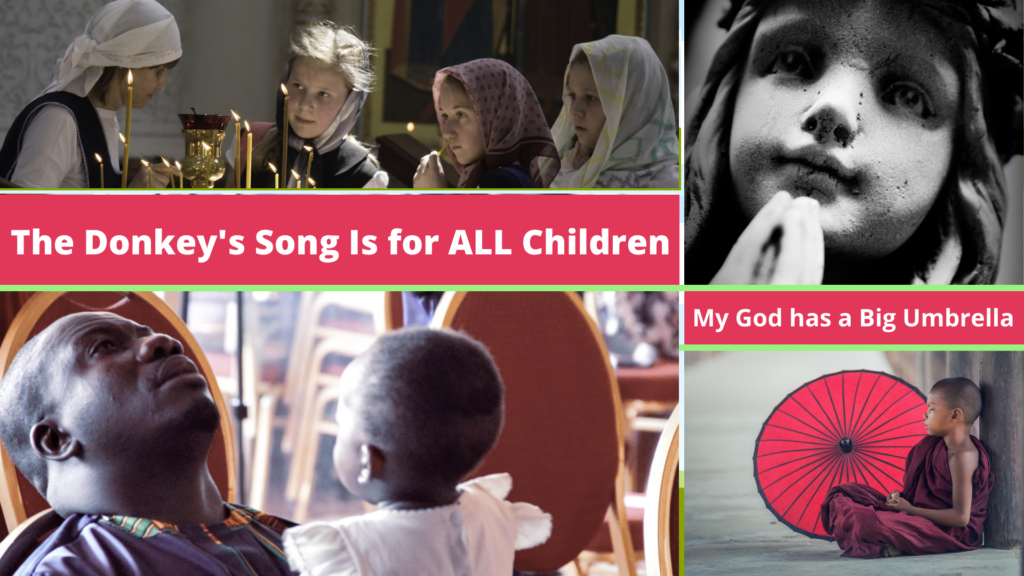 I grew up in the South during the 1950s, and I have heard the Biblical Christmas Story all of my life. But many people, even today, have no idea what the Christmas Story is all about. In this post, I want to explain what the Christmas Nativity story is, and I also want to assure everyone that all people–regardless of their positions on religion–can embrace the spirit of hope that is also laced within my picture book The Donkey’s Song.

When I was a very young child, I was taught to sing: “Jesus loves the little children–all the children of the world. Red and yellow, black and white, they are precious in his sight. Jesus loves the little children of the world.”  I took the message of that song literally. It became a beacon for the rest of my life. Later, I became a Girl Scout, and even though I grew up in a cotton patch that was isolated from the rest of the world, I learned about Girl Scouts from other countries, and I hungered to learn more about those other countries. I immediately subscribed to multiculturalism.

At that time, multiculturalism was not popular in the South, but many years later, I moved to the New Jersey Shore. In New Jersey, I had friends from several different religious backgrounds. I have often told my friends that I support the idea that all religions–each of us in our own ways–worship the same God–the God of all people and all things. I believe in the God of all people and all things–the God of sea and sky…

Although I wrote The Donkey’s Song, as the nativity is told in the Christian Bible, it is my sincere hope that The Donkey’s Song can speak to all people, especially during the season of hope and magic. Have you ever thought about how many religions celebrate their faiths at about the same time as Christmas?

I love what Hana Shafi said about her experiences growing up as A Muslim in a Christian country:

THE FLOOR BY the fireplace was covered with white-and-gold glitter. It was Eid in December and I was eight years-old. My mother had worked tirelessly that day, making dozens of little cut-outs, employing my sister and me as Muslim elves to her brown auntie Santa. We spent hours decorating the tiny paper mosques and crescent moons, making them shimmer. From there, we hung the DIY masterpieces from every branch of our plastic evergreen. Gold bangles adorned the entire tree; it dripped with golden beads and string. On the top, we placed a white crescent moon and star, shining for everyone to see. – Hana Shafi Here

Hana is describing the magic of her holiday season. I dare say that I experience the same magic via my own celebration of Christmas. I love the magical spirit of Christmas so very much that I celebrate it all year long. I keep my Fairy Tree up throughout all seasons. 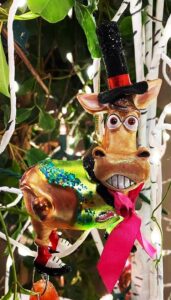 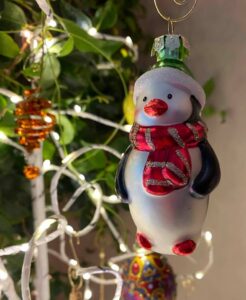 My Fairy Tree is in my sunroom. In October of 2020, I added a Donkey -[in honor of The Doney’s Song], a Penguin [in honor of Frances Gilbert, VP, Editor in Chief of Random House Children’s Books – Penguin Random House] 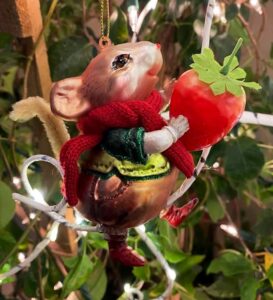 I also added a Mouse to my fairy tree [in honor of Sydney Hanson, the illustrator of The Donkey’s Song.] Through her fabulous images, Sydney added the character of the mouse to my story.  Sydney’s mouse is a brilliant contribution. 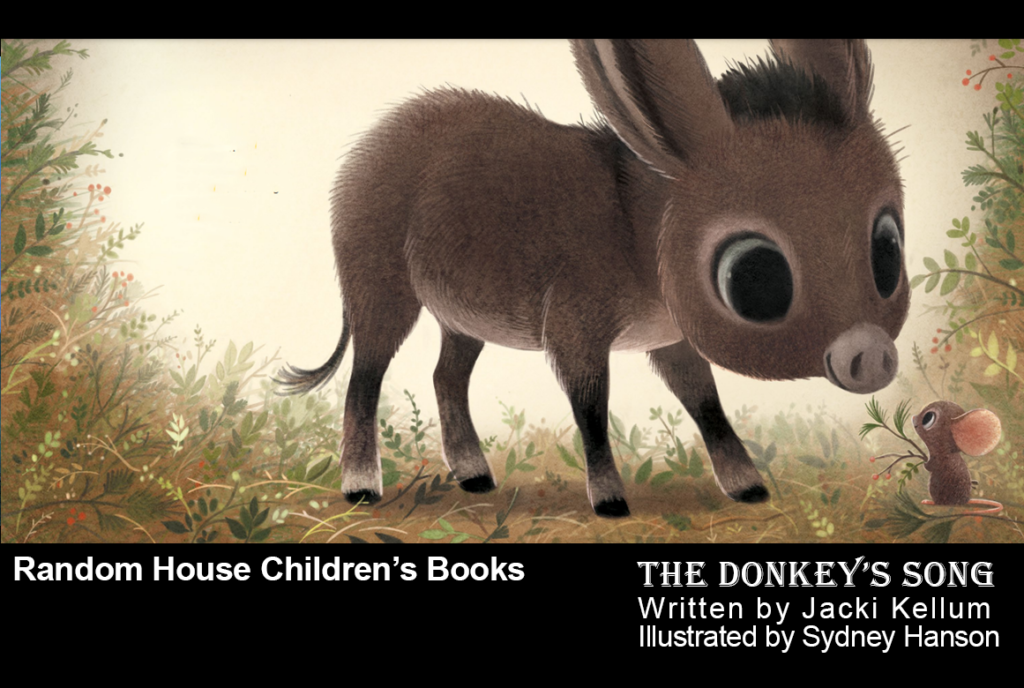 Some love to advise: “Celebrate Christmas All Year Long,” but I don’t merely “say” those words. I take that message seriously. I celebrate Christmas not only as a religious holiday on December 25th but also as a season of hope throughout the year. I see no reason that people of every faith cannot share in my celebration of hope.  Sydney’s illustrations exude the essence of magic and hope.

In the above article, Hana goes on to say that as a Muslim who grew up in a non-Muslim country, she hungered to be part of the Christian tradition, too. I am happy to say that Hana and every other non-Christian is welcome to share my spirit of Christmas.  After all, the Christmas Story is not about Caucasian people. It is about people who were brown. It is also not an American story. Rather, the story took place in the City of the Jewish leader David–Bethlehem, which is in the country of Palestine, on the continent of Asia. Jesus’s mother was a brown person. For that fact, Jesus was brown.

A Multicultural View of Christmas

In Forbes, Alejandro Chafuenstates his opinion about Christmas a multicultural tradition:

“…the celebration of the Nativity – perhaps more so than other Christian holidays – is one which involves traditions and figures from many different cultures. As a Christian I see the crèche as a representation of Truth, but beyond my faith, I see it as an image of unity in diversity rather than a push for one religion.

“Muslims, who of course did not exist at the time of Jesus’ birth, honor Mary and her son. Some even recite verses from the Qur’an about Jesus and Mary in their prayers. The three wise men came from the East, and scholars mention numerous countries that today are part of that “East” and most dominated by the Muslims: Saudi Arabia, Yemen, Syria, Iran, Iraq, even stretching perhaps into India. New research even points at a Chinese historical connection. Given that the myrrh was from Saba, Southern Yemen or Ethiopia might also claim a place in the Nativity story.

” The depictions of these three visitors – whose traditional names are Gaspar, Melchior, and Balthasar – also show them of varied ages and race, with Melchior mentioned as the oldest, Gaspar in the middle, and Balthasar the youngest, perhaps still in his 20s. The predominant religion during their time in the East was Zoroastrianism. From as long ago as the 12th century, Balthasar has been depicted as a dark-skinned “king.” The gifts of gold, myrrh, and frankincense were all greatly appreciated in most cultures around the world. Benedict XVI, writing about the magi, said that they also represent the “search for truth, a search for the true God and, hence, ‘philosophy’ in the original sense of the word.” Forbes Here

When I was asked to send my dedication for The Donkey’s Song to my publisher, I wrote:

For my parents who taught me to see and to cherish life’s miracles and for all children who preserve the spirit of the miraculous.

First, I repeat part of that dedication: “For All Children.”

Second, I want to thank my parents who did not teach me to be racist.

My dad would be over 100-years-old now. He died a few years ago,  but I describe him as the Wizard from the Wizard of Oz. He was the essence of magic. He loved to tell stories, to make things grow in his garden, and to draw cartoons.  Even though my dad rarely went to church, he influenced me in many other ways. My dad was a naturalist, and I believe that he found his source of the Great Being through nature. But my mother, who will be 96 this Christmas, is a strict Southern Baptist. My own spiritualism lies somewhere between those two constructs. Again, I subscribe to the view of a Great Being who is the God of all people, and it is in that spirit that I offer The Donkey’s Song.