Yesterday, I posted several of my reservations about submitting for publication my Debut Picture Book, The Donkey’s Song:

The following is the article that I wrote yesterday:

Today, I want to add another of the concerns that I had about my debut manuscript. This one is so very large that I felt that it needed a post all unto itself. 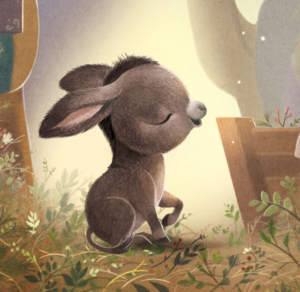 The Donkey’s Song is a Picture Book in Rhyme.

“Rhyme,” I repeat. [The picture book writing community gasps in horror – Oh No! Not Rhyme!]

Frances Gilbert, VP, Editor in Chief at Doubleday for Young Readers, and author of Go, Girls, Go! sums up the usual sentiments about rhyming picture books: 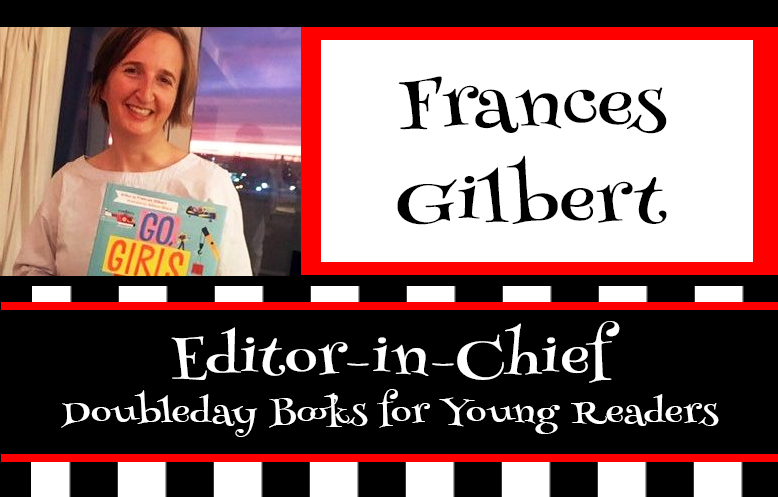 “I’ve been a children’s book editor for over 25 years and one of the most common reasons I reject picture book manuscripts is that they rhyme badly. So why, for my first foray into writing a picture book myself, would I choose to write Go, Girls, Go! in rhyme??! Rhyming, we’re so often told – by editors, by agents, by fellow writers – is not encouraged. Bound to fail, hard to translate. But I love rhyming books. I love reading them, and I love publishing them. Turns out, I love writing them too.” Frances Gilbert On Rhyming Picture Books in Goodreads

I love sharing any tips that Frances Gilbert has to offer. She is very special to me. You see, she is the editor [in chief] who acquired The Donkey’s Song for publication. At the time of her acquiring my picture book manuscript, I did not realize that Frances was also an authority on rhyme, and now, I feel especially fortunate that The Donkey’s Song managed to jump through her wise-about-rhyming-picture-books hoop. The following is how Frances lists her concerns about rhyming picture books:

“The number one mistake in rhyming texts is when the rhyme overwhelms the story rather than serving the story. The monotony of a 32-page story all told in the same rhythm can wear a reader down after a few pages. As an editor, I often start these submissions thinking, “Okay, let’s see if this can be sustained . . .” and after a few stanzas say, “Oh please stop. I can’t do this anymore.” The sing-song-y-ness of “dah-duh dah-duh dah-duh, dah-dah” in line after line pummels a reader with sameness. It also encourages authors to make terrible word choices: odd or forced descriptions or line endings because that last word HAS. TO. RHYME. My test: Extract a line out of your rhyming text and ask yourself if you’d write it the same way if it DIDN’T have to rhyme. If the answer is no, it’s a bad line. The rhyming has to feel effortless.” Frances Gilbert On Rhyming Picture Books in Goodreads

I am certainly no authority on rhyme. In fact, I am struggling not to become a one-hit-wonder in the picture book authors category, but I believe that Frances liked The Donkey’s Song because of its irregular, unpredictable rhyme.

Sleepy but strong, I clip-clopped along,
To rest in a stable with straw.

No room for a bed, I stood near instead,
And listened and sniffed, as I saw.

“Effortless AND creative. Listen to the “Hamilton” soundtrack. I know it’s a high bar, but learn from how Lin-Manuel Miranda wrote an entire musical in tight, creative rhyme full of variety and rhythm changes and surprises and cleverness and word-play delights. Internal rhymes, humorous rhymes, break-outs into a different rhythm altogether. A surprise around every corner. Now imagine if all two hours and forty-five minutes of “Hamilton” had been “dah-duh dah-duh dah-duh, dah-dah.” That’s not a ticket you’d have paid $300 for.”  Frances Gilbert On Rhyming Picture Books in Goodreads

As Frances concludes her post, she acknowledges that she did not plan her rhyme:

Did I plan this structure deliberately ahead of time? No, I just wrote it. But I followed this mantra the entire time: “Don’t bore your reader. Don’t wear your reader down. Let the rhyme serve the story.”

I was grateful that reviewers picked up on this: Booklist called the rhyming “propulsive”, which is the best descriptor I could have hoped for, with the style of the rhyme matching the forward-moving vehicles in the book. And Kirkus said, “With repeated readings, pre-readers will be reciting the words on their own,” which thrilled me, because rhyming can help kids quickly get the hang of reading along if the rhythm grabs them. And that leads to repeated readings, which is the test of any good picture book.

So don’t be afraid of writing in rhyme, but please remember: “Don’t bore your reader. Don’t wear your reader down. Let the rhyme serve the story.” Frances Gilbert On Rhyming Picture Books in Goodreads

Oddly, I only read Frances’s article On Rhyming this morning, but I tell everyone who will listen to me that I didn’t plan my rhyme in The Donkey’s Song either. It just came to me, intuitively. I like to say that the angels wrote my book, and I just typed.

God gives us the song. What we do with it is up to us. – Jacki Kellum –

It doesn’t happen often enough, but when I slip into that intuitive mode of writing, I sometimes come near to what the ancient Celtics called “The Language of the Birds,” which is that type of communication where rather than merely “saying” empty words, you simply  “seem” with other words, and in a deep, inexplicable way. you also “mean.”

“The Tao says that feeling cannot be conveyed verbally and that as soon as we begin to verbalize a feeling, the emotion vanishes. In other words, the ancient Asians recognized that there is a vein of emotion within us that defies being conveyed through words.  In Ancient Greece, music was believed to have an almost magical power of communication.  While our words and our sentences and even our paragraphs are often impotent in trying to express an emotion, nonsensical words juxtaposed together can be very effective. In some instances, sounds made by strings of words can become a kind of music that, in an almost indescribable way, speaks to the soul…”  – Jacki Kellum – The Language of the Birds

I’m not going to share the entire text of The Donkey’s Song with you. I want you to pre-order my book. There’s something about a book -in-your-hands experience that exceeds glimpsing at the lines online. Although The Doney’s Song is also available to pre-order for Kindle, I recommend that you buy this treat as a hardcover book. With Sydney Hanson’s illustrations, The Donkey’s Song is magical. This book will be a keeper. It will become part of your Christmas tradition. The Donkey’s Song is ready to pre-order from Random House Children’s Books. Here’s the Link. [Click on the word “Link”]