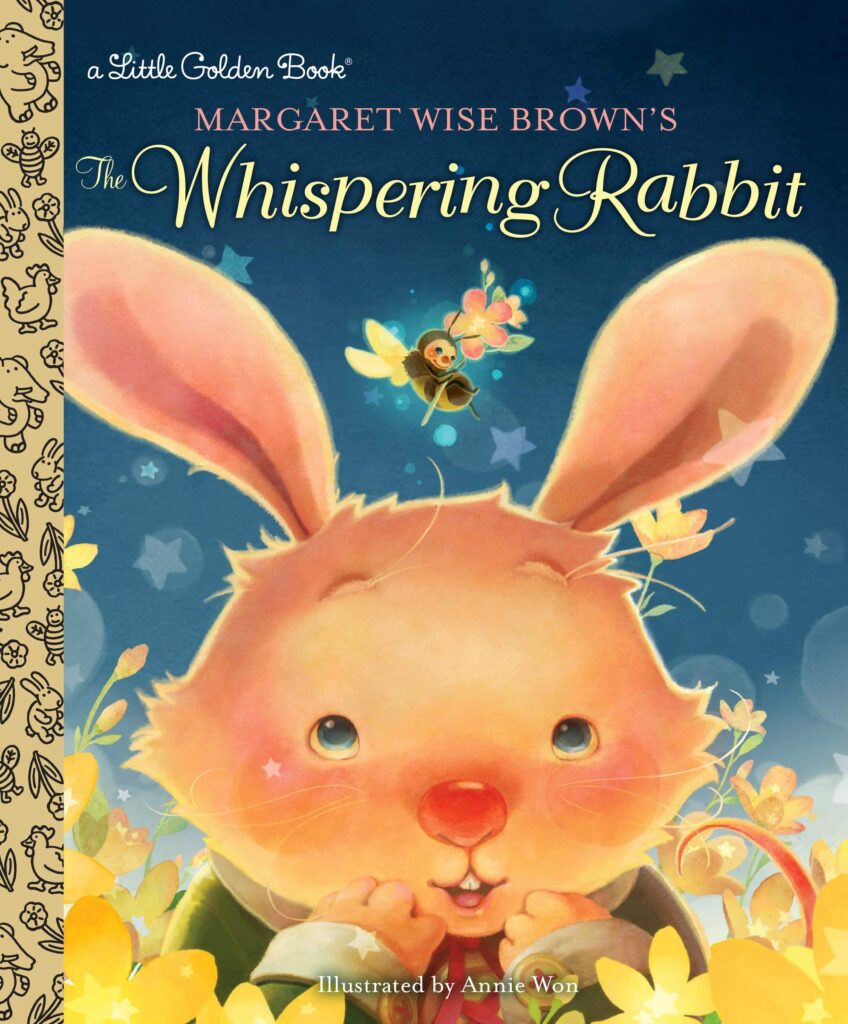 The Whispering Rabbit was first published in 1948.

When I began writing my post about The Whispering Rabbit, I discovered several notable things.

How Big is Penguin Random House – The #1 Publishing House

Imagine my surprise after I searched for images of The Whispering Rabbit, and my search took me to the same gigantic virtual bookcase where my own The Donkey’s Song is also shelved:

Here in the Ozarks, you might say that the whispering rabbit and the donkey who sings are kissing cousins. 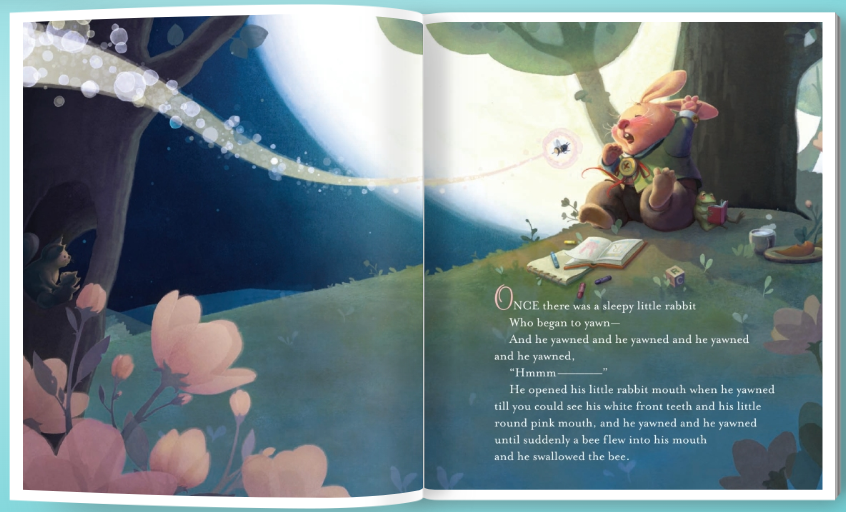 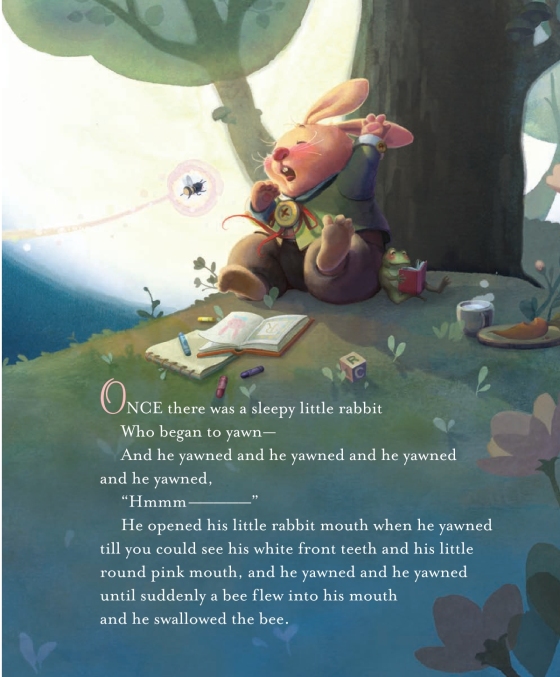 The above is a closer look at page 3. 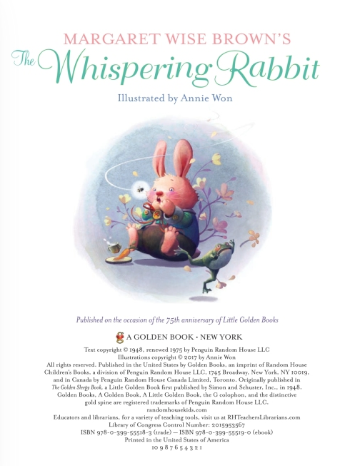 The book’s conflict is stated on the first page of text:

“Once there was a sleepy little rabbit who began to yawn—

The rest of the book is the rabbit’s attempt to solve his problem–or to get the bee out of his throat. Along the way, the rabbit meets other forest animals who offer some advice to him. The groundhog says that only a very quiet sound will awaken the sleeping bee inside rabbit’s throat.

“So the little rabbit made the sound of a bug breathing
and a fly sneezing and grass rustling. . .

The most beautiful of the book’s writing is when Brown continues to recall all the quiet sounds that rabbit might make to awaken the bee.