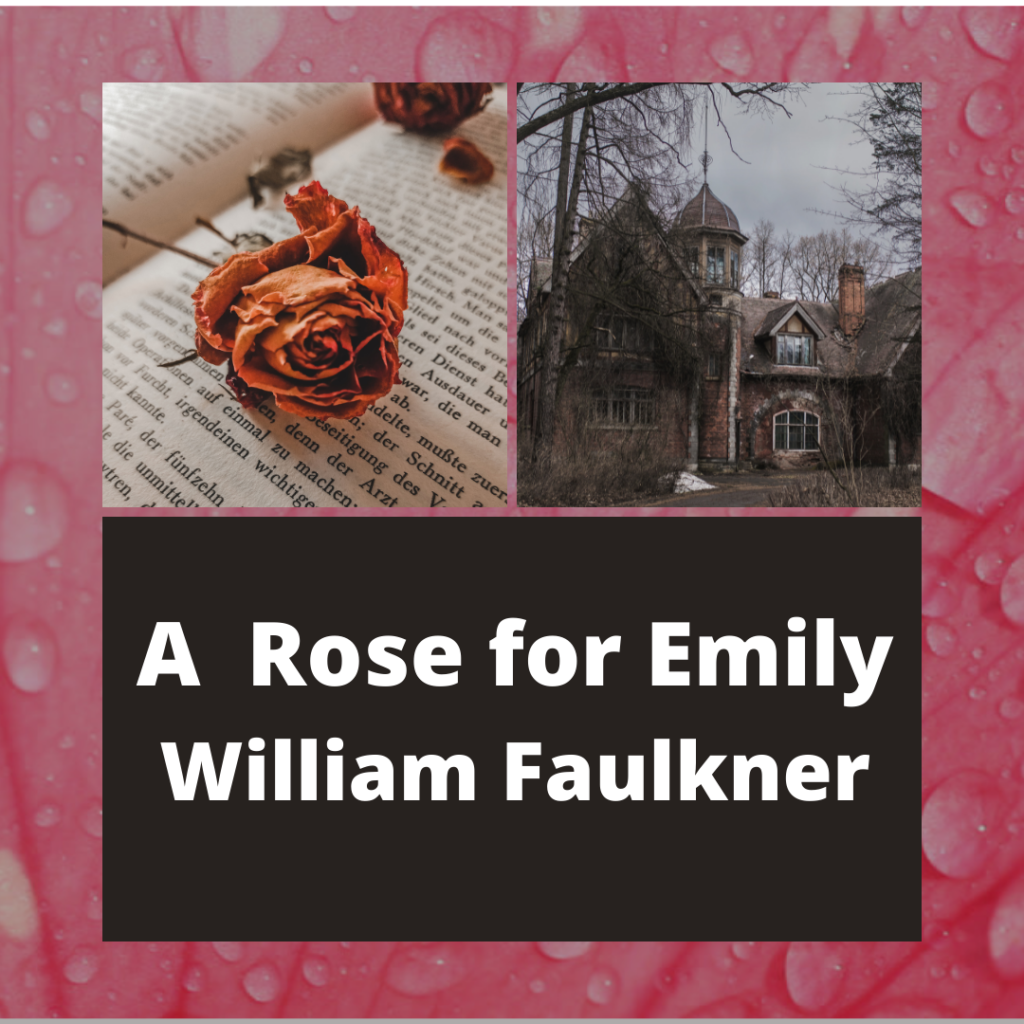 The House in Faulkner’s Short Story “A Rose for Emily.” 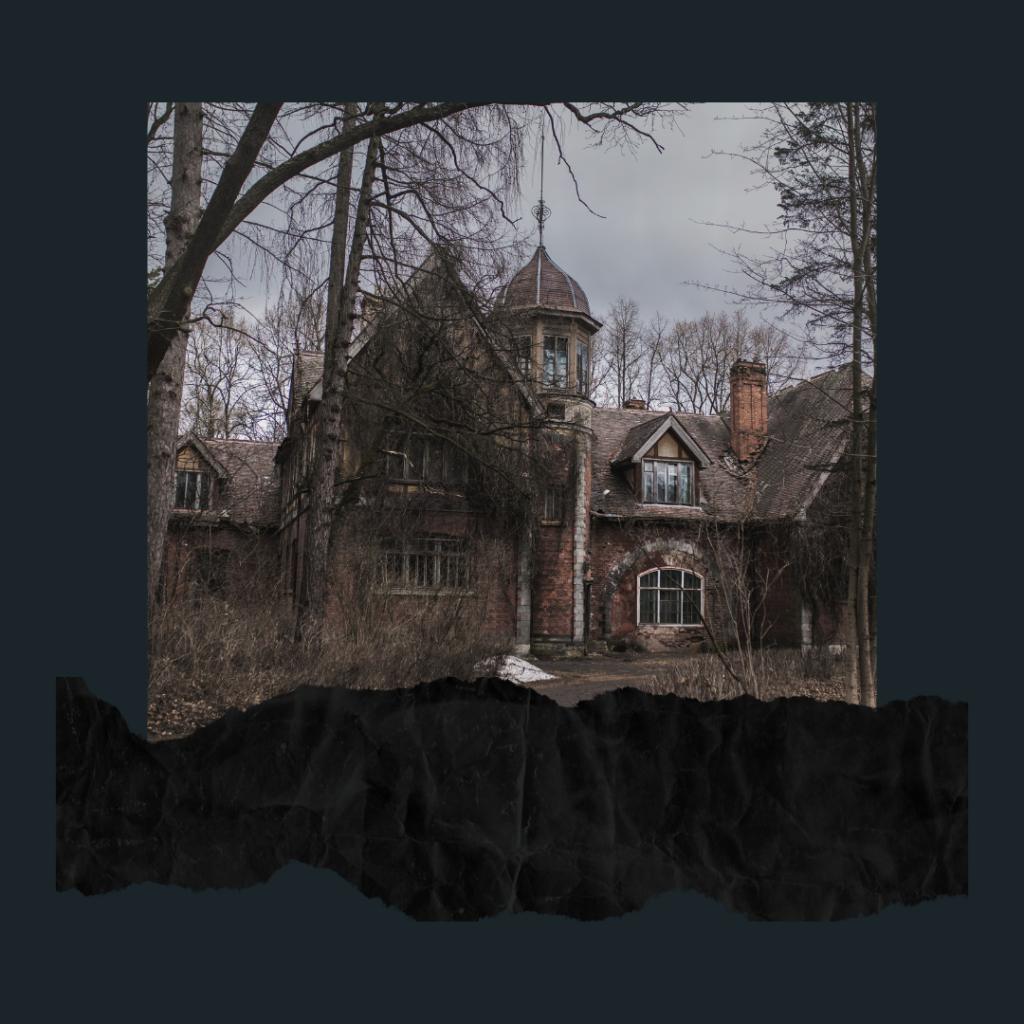 “It was a big, squarish frame house that had once been white, decorated with cupolas and spires and scrolled balconies in the heavily lightsome style of the seventies, [1870s] set on what had once been our most select street. But garages and cotton gins had encroached and obliterated even the august names of that neighborhood; only Miss Emily’s house was left, lifting its stubborn and coquettish decay above the cotton wagons and the gasoline pumps-an eyesore among eyesores.” Faulkner – “A Rose for Emily”

“They were admitted by the old Negro into a dim hall from which a stairway mounted into still more shadow. It smelled of dust and disuse–a close, dank smell. The Negro led them into the parlor. It was furnished in heavy, leather-covered furniture. When the Negro opened the blinds of one window, they could see that the leather was cracked; and when they sat down, a faint dust rose sluggishly about their thighs, spinning with slow motes in the single sun-ray. On a tarnished gilt easel before the fireplace stood a crayon portrait of Miss Emily’s father.  Faulkner – “A Rose for Emily”

In the above passage, Faulkner is harnessing the literary theme of dark versus light.

“…into a dim hall from which a stairway mounted into still more shadow.”

A shadow is caused by something which has blocked a light source.

Faulkner used the word “rose” several times in his story “A Rose for Emily.”

“…a faint dust rose sluggishly about their thighs, spinning with slow motes in the single sun-ray.”

Keeping in mind that Faulkner was a master writer, I wonder whether his initial mentionings of the word “rose” is foreshadowing:

…on a tarnished gilt easel….”

verb
a simple past tense and past participle of gild1.
adjective
gilded.
gold in color; golden.
noun
the thin layer of gold or other material applied in gilding. dictionary.com

Faulkner is providing several clues about the story in the passage:

…on a tarnished gilt easel….”

The word “tarnished” suggests that the easel is not new.’

Gilt is a thing covered in fake gold. Fake is an important concept in the story “A Rose for Emily.” One of the ideas that Faulkner seeks to communicate is that there was a fakeness about the old Southern society.

Although the gilded [gilt] easel reflects a bit of light in the shadowy house, the light is fake. There is something pretentious about this house.

“The violence of breaking down the door seemed to fill this room with pervading dust. A thin, acrid pall as of the tomb seemed to lie everywhere upon this room decked and furnished as for a bridal….”

Faulkner repeatedly mentions the dust that has filled Emily’s house. In the above passage, he says that the room has the acrid pall of the tomb.

noun
a cloth, often of velvet, for spreading over a coffin, bier, or tomb.
a coffin.
anything that covers, shrouds, or overspreads, especially with darkness or gloom. dictionary.com