This book has become one of my all-time favorites. But I won’t give away many of those reasons. This is the kind of book that you absolutely MUST read for yourself.

There is one very clear main character in Small in the City. It is the little boy who narrates the story: I know what it’s like to be small in the city.
People don’t see you, and loud sounds can scare you.
And knowing what to do is hard sometimes.

Again, do yourself a favor: Study Small in the City as an example of a perfect picture book.

Today, I want to look at how, like the novelist, picture book writers can also utilize literary themes.

I’ve been Looking at Tuck Everlasting in my Free Looking at Lit Club. Over and again, I have shared ways that Nature is a significant Literary Theme.

Winnie and the Wood in Tuck Everlasting

Although Treegap is not a city, it certainly is not unadulterated nature either.

Like the boy in Sydney Smith’s Small in the City, Winnie Foster also feels small and trapped by the more industrialized town of Treegap.

Sydney Smith continues to describe life in a city:

I know what it’s like to be small in the city.

People don’t see you and loud sounds can scare you,
and knowing what to do is hard sometimes.

Taxis honk their horns.
Sirens come and go in every direction.
Construction sites pound and drill and yell and dig.

The streets are always busy.
It can make your brain feel like there’s too much stuff in it.

If Nature is a protagonist in literature, Industrialization is the antagonist.

While the construct of Industrialization is not usually pleasant in literature, it is an important contrast that helps the reader realize the value of the lack of industrialization.

“It was the possibility of darkness that made the day seem so bright.” – Stephen King

In terms of the themes of Darkness and Light, Industrialization is the Darkness. Nature is the Light.

Sydney Smith also references the themes of Darkness and Light in his picture book Small in the City:

Alleys can be good shortcuts.
Bit don’t go down this alley.
It’s too dark.

Three dogs chase and bite each other in this yard.

Smith advises the reader to hide in the city, and he offers nature [the mulberry bush] as the best place to hide.

If I were you.

There are lots of good places to hide, like under this mulberry bush.

Or up the black mulberry tree.

There is a dryer vent that breathes out hot steam that smells like summer.

You could curl up below it and have a nap.

Both Winnie Foster [Tuck Everlasting] and the boy [Small in the City] are imprisoned by Industrialization. 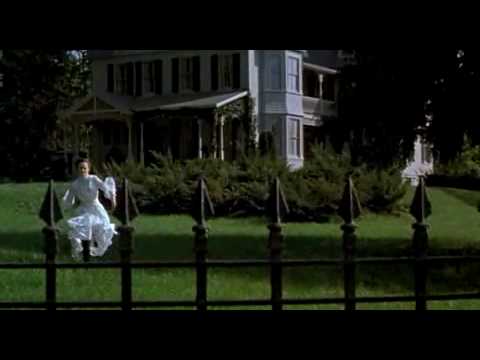 Winnie Foster is fenced in. 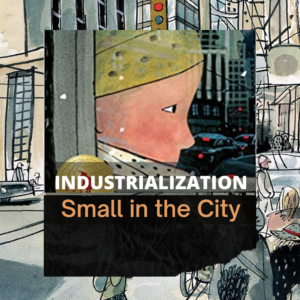 The boy is caged.

Nature as a Theme in Literature