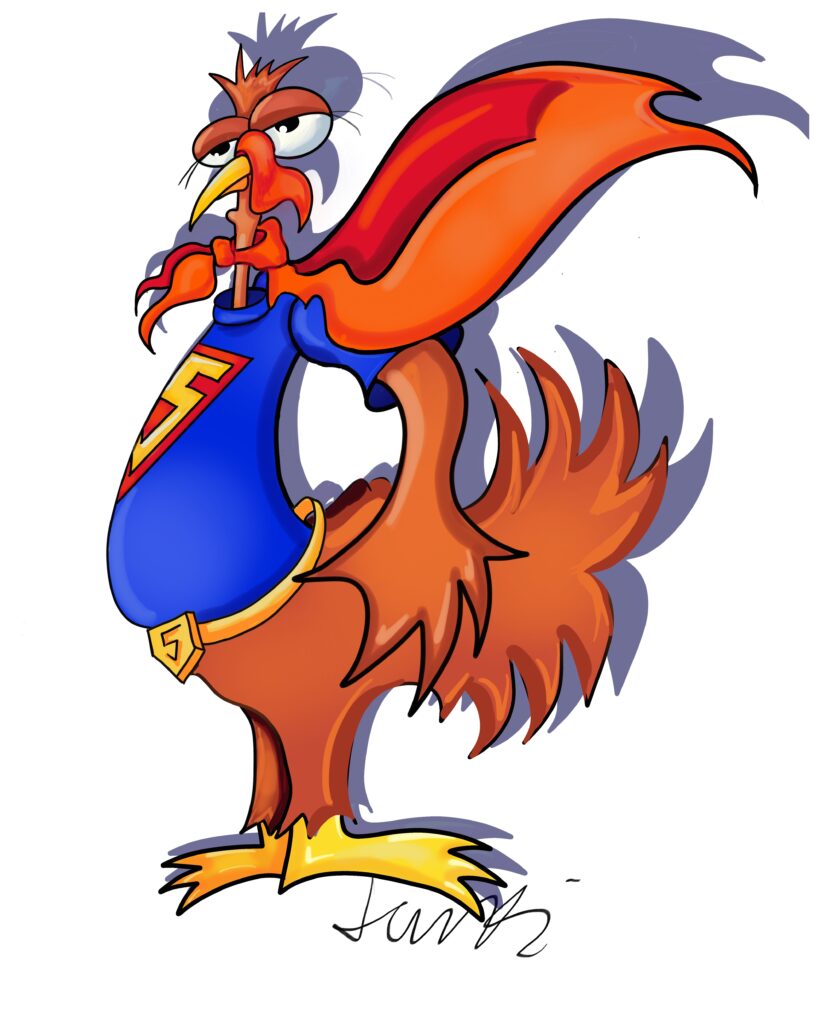 If you would have asked me about my art and my illustration routine 3 weeks ago, I would have said nothing about digital illustration. Well, that is not exactly true. I would have said that I wish that I had learned how to illustrate digitally when I was a kid. But as I have said before, virtually no one was doing digital art when I was a kid. Computers were only things of war efforts and space programs then, but the world has radically changed since I was a child in the 1950s and since  I studied art in the 1960s. As in many things in life, my choices about opting to learn digital art now [many years after I studied art in college] became whether I would bring myself current very, very late, or whether I would simply fold my cards and fade into the picture-book-making sunset. I have chosen the first track.

About 3 weeks ago, I started trying to teach myself how to draw on my iPad Pro. I studied the app Procreate intensely, and after about a week, I began to create some things that I actually like. 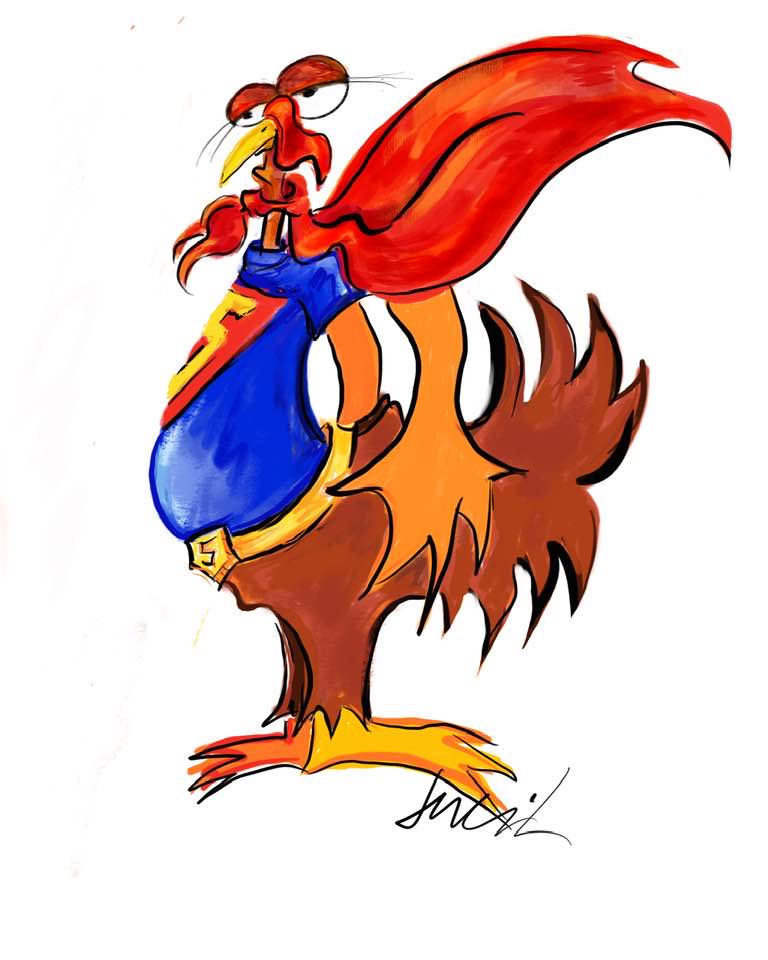 Super Turkey – First Attempt to Create on iPad Pro with Procreate
About August 9, 2020

When I managed to create my first Super Turkey on my iPad, I thought that I had done a fairly good job. After all, that drawing looked a heck of a lot better than the concept sketch that I had created traditionally with Copic Markers. 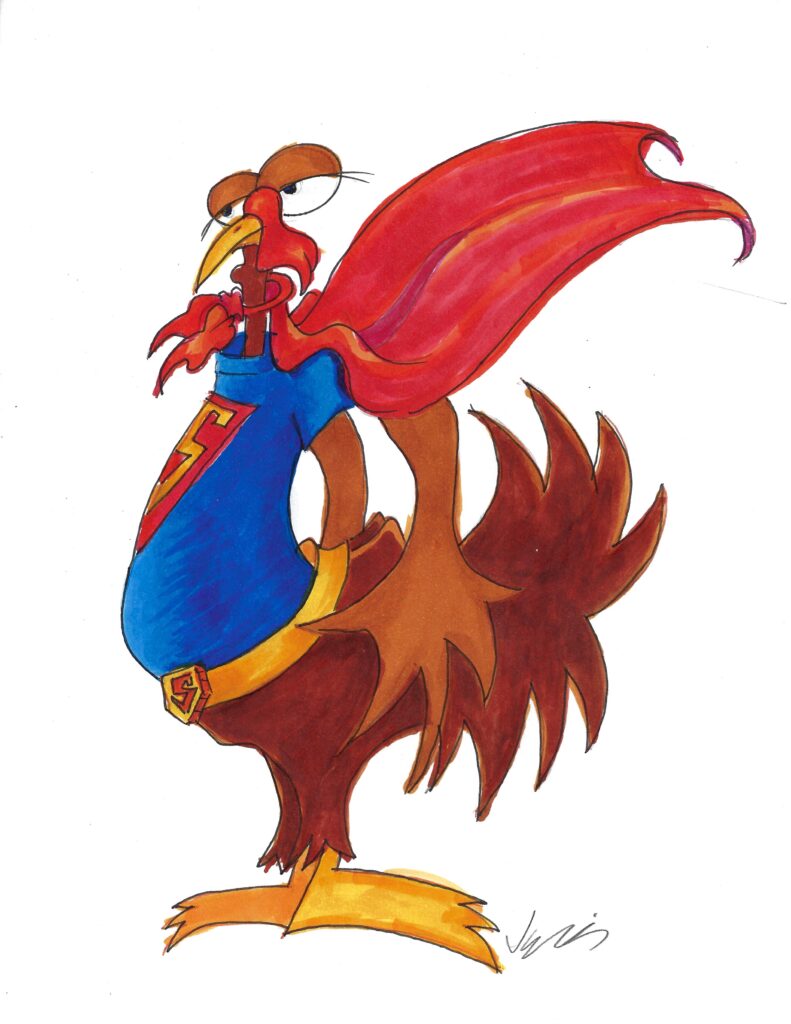 And that was how the physical appearance of Super Turkey has evolved, but the story about why I felt the need to create him another story entirely.

For many years, I have half-jokingly referred to people who irritate me as turkeys, In a way, my Super Turkey is a way to poke fun at the turkeys who have crossed my path. In my first picture book, the roster is a similar over-the-hill turkey-like guy who has lost much of his appeal but who struggles to strut, in spite of that loss. 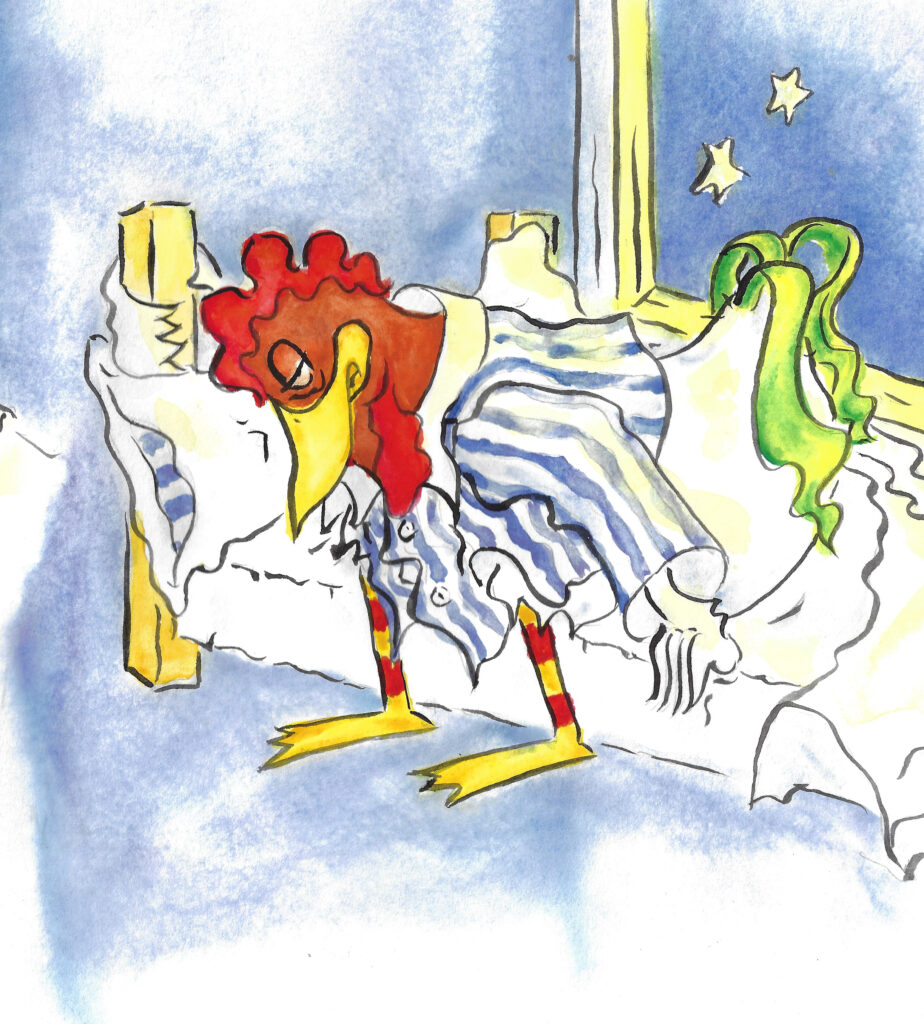 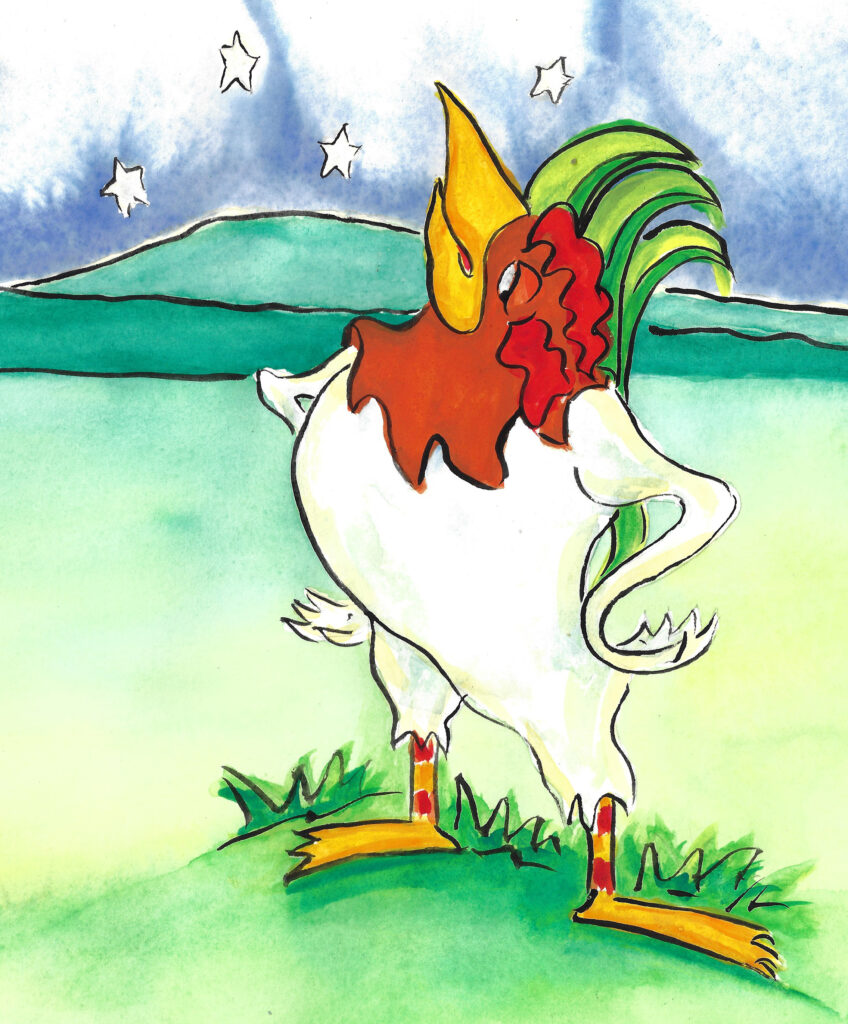 After battling himself, the rooster is able to pull himself together and to do his job: he wakes up the sun. 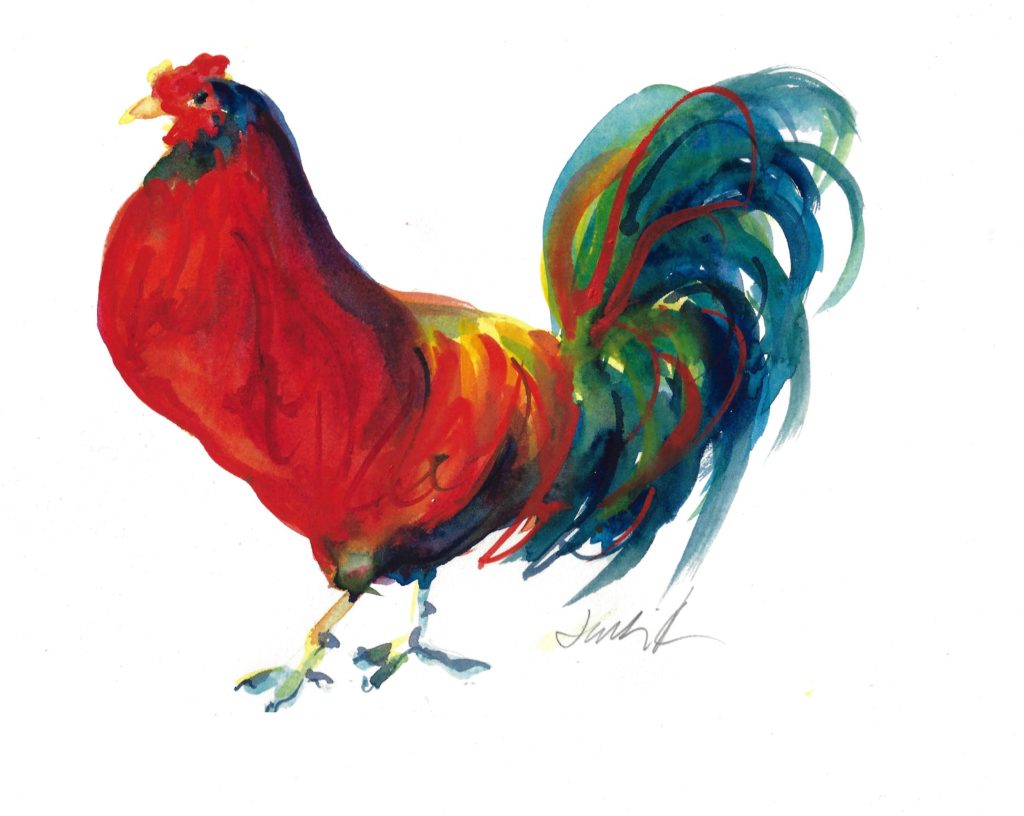 For many years, I have chuckled at the irony that a little creature like a rooster can become so very self-inflated that he can strut around and essentially be the boss of the barnyard. [The image of a big fish come to mind.] Something about that thought was behind my original need to create my Super Turkey character, but still, it took years for that thought to take hold and to demand to take some visual form.

Which Comes First:
The Illustration or the Story?

I like to laugh, and my Super Turkey makes me laugh. I am also chuckling about my dilemma. It is sort of a which-comes-first-the-chicken-or-egg dilemma. Although this is a bit backward for the creation of a picture book character, I have created a strong character for a story that I have yet to write. But this is not a huge problem. I am ready to launch myself into the next stage of the journey: I’m ready to write Super Turkey’s story.

The possibilities are endless. I can ask myself WHY? Why is Super Turkey super, but perhaps more importantly, why is he not so very super at all? In this, we find ourselves within the evolution of a plot.