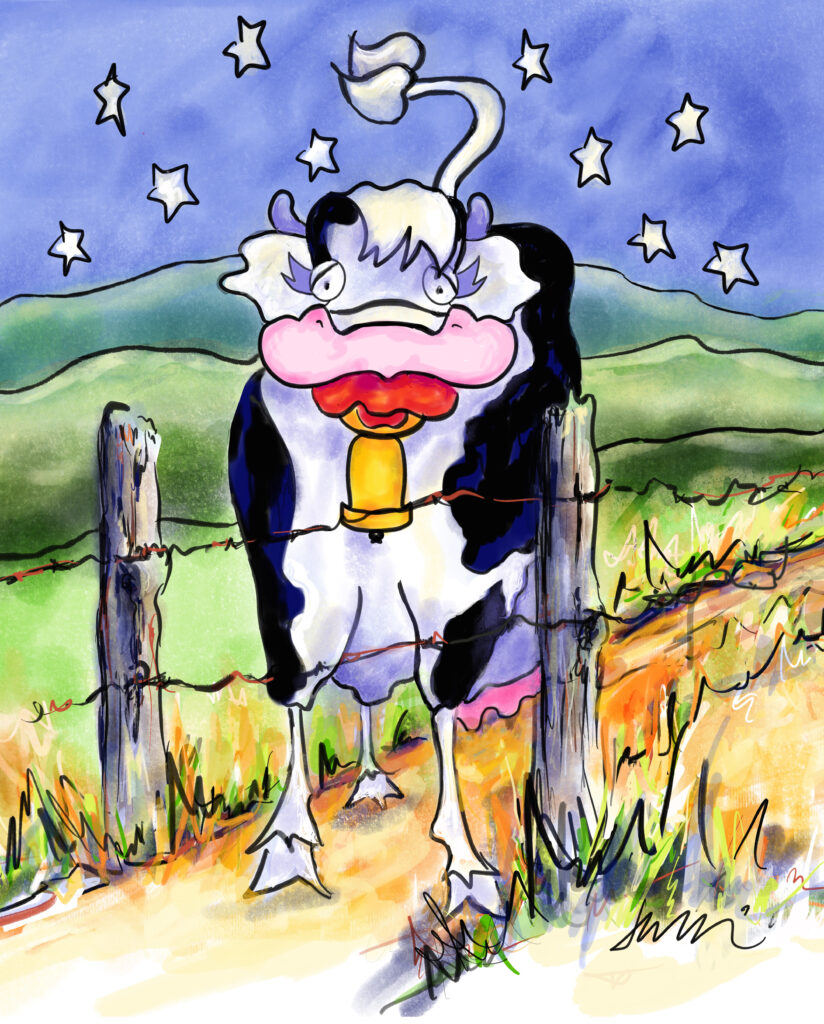 Mrs. Cow Down Home – Jacki Kellum Illustration
Created with the App Procreate on an Ipad Pro

About two weeks ago, I decided to make some radical changes to my illustrating routine, and I began teaching myself how to create digitally. I began my journey with my iPad Pro and the app Procreate.

When I say that I worked at least 18 hours a day for over a week to learn to illustrate on my iPad Pro, I am not exaggerating. About 9 days into my journey, I realized that Procreate was an almost ideal tool for digital illustration, but because of the app’s limited layers and because I need to use Photoshop for my final edits, I decided that I needed to add a more sophisticated tool to my arsenal, too.

Procreate does not work on computers, and I use my computer to work in Photoshop. For many years, I had wanted to try illustrating on a Wacom tablet, which does work on computers and with Photoshop, and by some serendipitous design, Wacom had recently added the Wacom Cintiq 16 to its line. 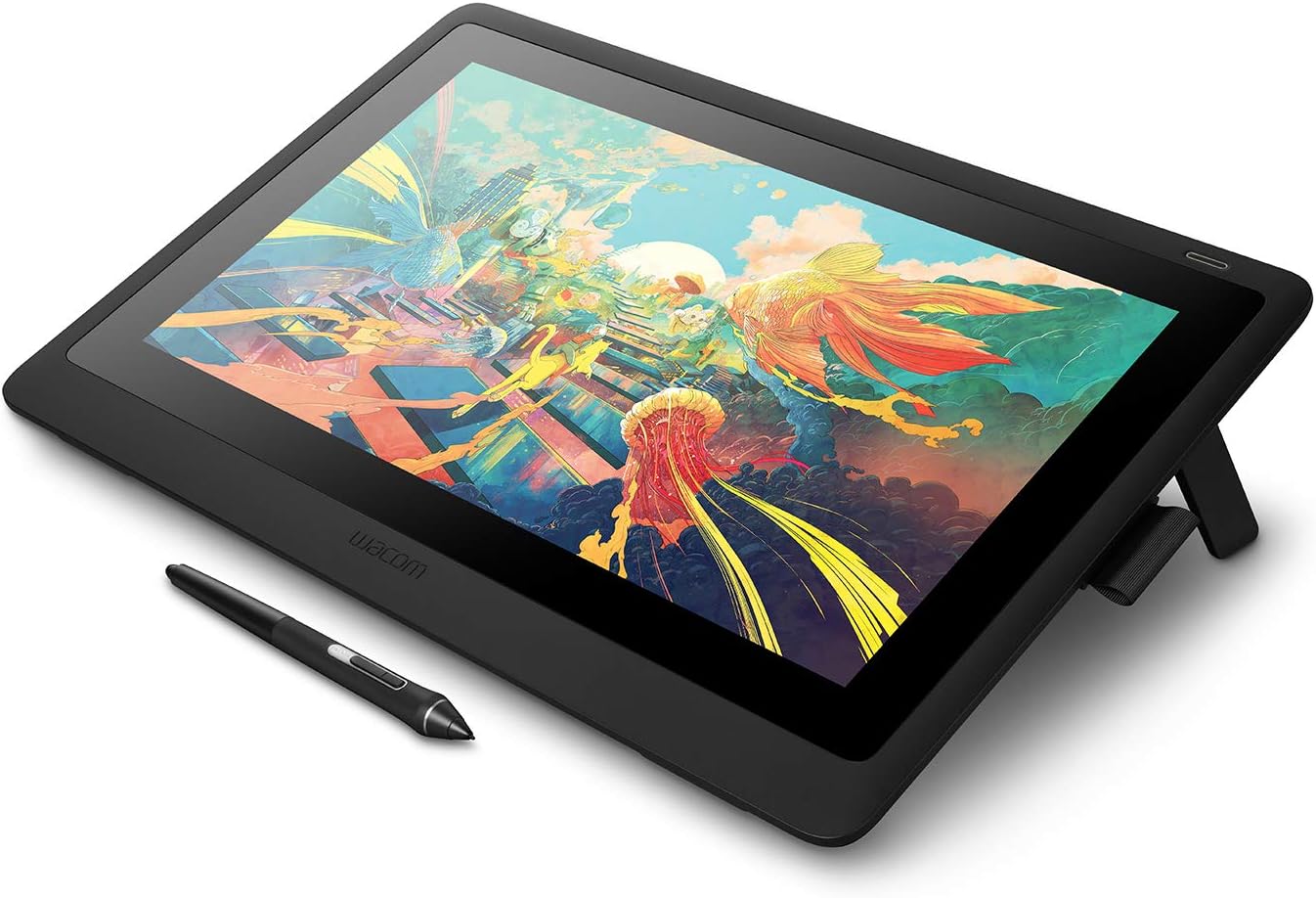 The Wacom Cintiq 16 is a much, much more affordable tablet than the Pro series of tablets, but it comes with the same Super Hero pen as the pro models use. The Cintiq 16 also has a significantly larger work surface than my iPad Pro, and my iPad Pro has the largest screen size that iPad has developed. 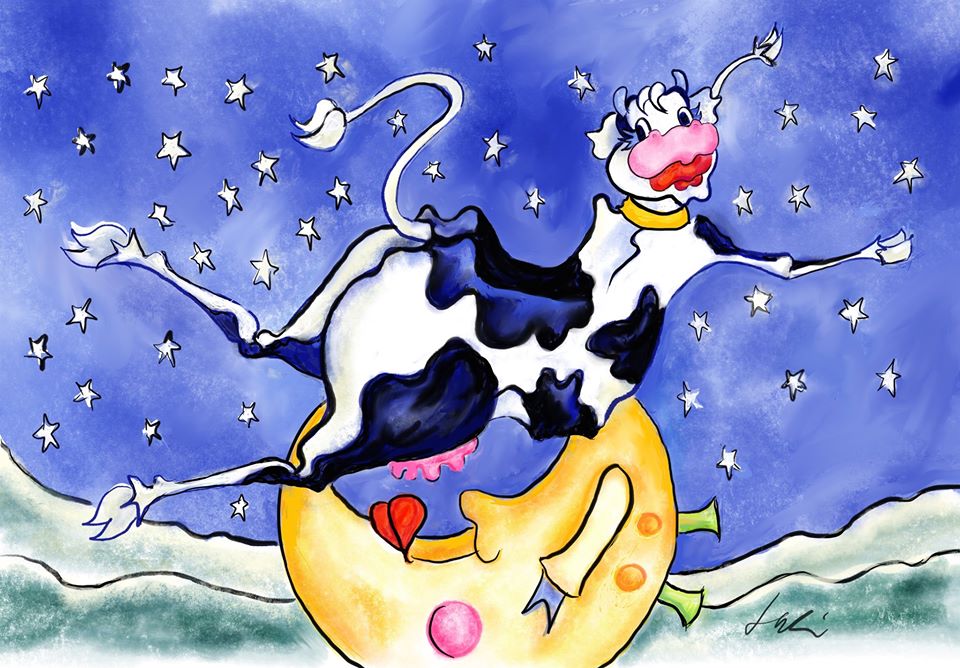 The Cow Jumped Over the Moon – Jacki Kellum Digital Illustration
Created on iPad Pro with the App procreate.

After about a week of hard work and diligent study, I created The Cow Jumped Over the Moon on my iPad Pro, and I am pleased with that illustration. But I have written a picture book that has a slightly different version of the above drawing: 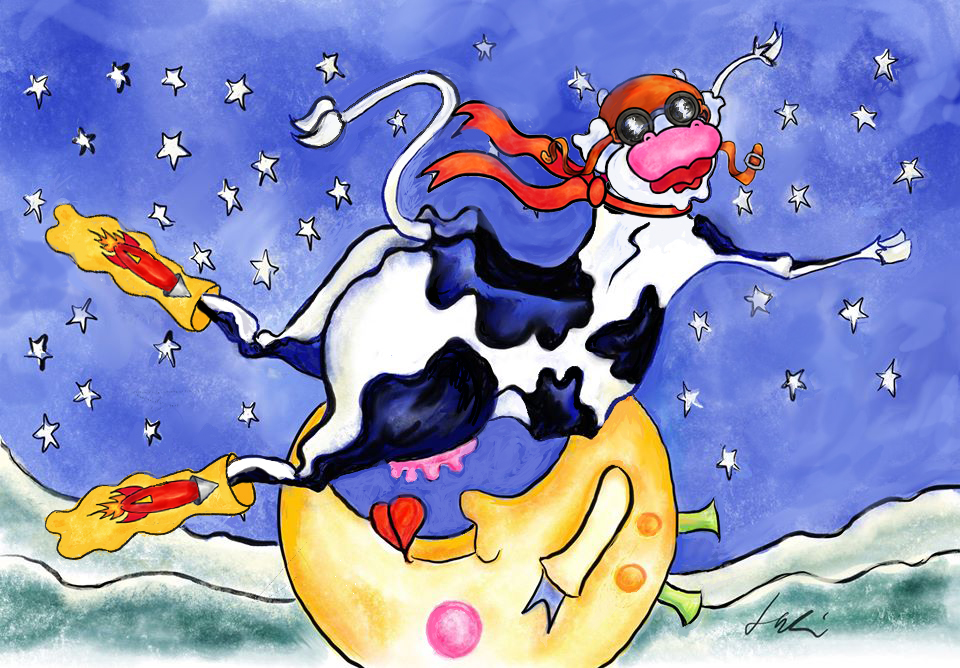 If you look closely, you will see that the base of my illustration Red Hot Rocket Ships is the same as that for The Cow Jumped Over the Moon. After I completed the first illustration and saved it, I returned to Procreate to draw the cow’s rocket socks and her flying ace helmet. I saved each of those segments separately, and I pasted each of them into Photoshop on layers above the first illustration, and I used Cintiq 16 and Photoshop to make the necessary adjustments to merge the drawings. Because of Procreate’s limitation of layers, the process would have been difficult in Procreate, but I probably could have still done it. Yet, I believe that ultimately, I’ll be able to say that Cintiq 16 is necessary for my final edits and for merging images, too. Once using Cintiq 16 has become more natural and thereby more intuitive for me, I’ll probably be able to say that Cintiq 16 is indeed the better tool for creating my entire illustrations,  but I am still learning how to use the Wacom interface.

This is what I am surprised to hear myself saying: Digital is definitely a better way for me to capture little details, like the rockets on Mrs. Cow’s socks than my traditional painting in watercolor. 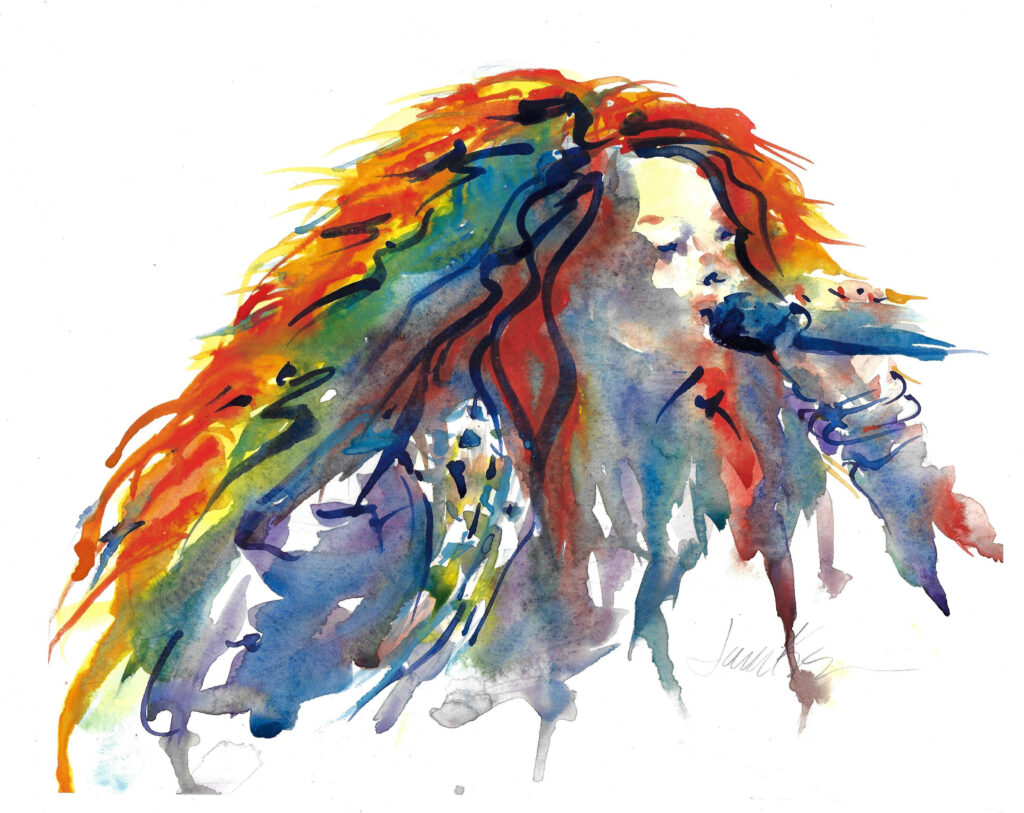 I have a slash-dash painting style in watercolor. and while I continue to like the impressionistic look of my watercolors, as paintings, I realize that I need a tighter approach for illustration-especially in illustrating for children.

When my book reads: “Her socks with red hot rocket ships help her clear the moon,” children have a need to actually see and understand those rocket ships. They don’t need some arty suggestion of those socks.

Speaking of the socks. this brings me to one final reason that digital illustration is good. I only created one red hot sock, and I copy-pasted it, to use the same image twice. Because the back leg is farther away, I used Photoshop’s scaling tool to make that sock smaller. If I had wanted to do so, I could have reduced that sock’s opacity, too. That would have increased the feeling of perspective, but because the socks are the stars of this illustration, I kept both socks at full intensity.