The count-down is almost over. Tomorrow, I am moving into my new old house, which is a classic example of houses from the Arts & Crafts Movement or the Craftsman Era. The house has several built-in pieces that are indicative of the Arts and Crafts movement, but today, I want to tell you about my staircase. 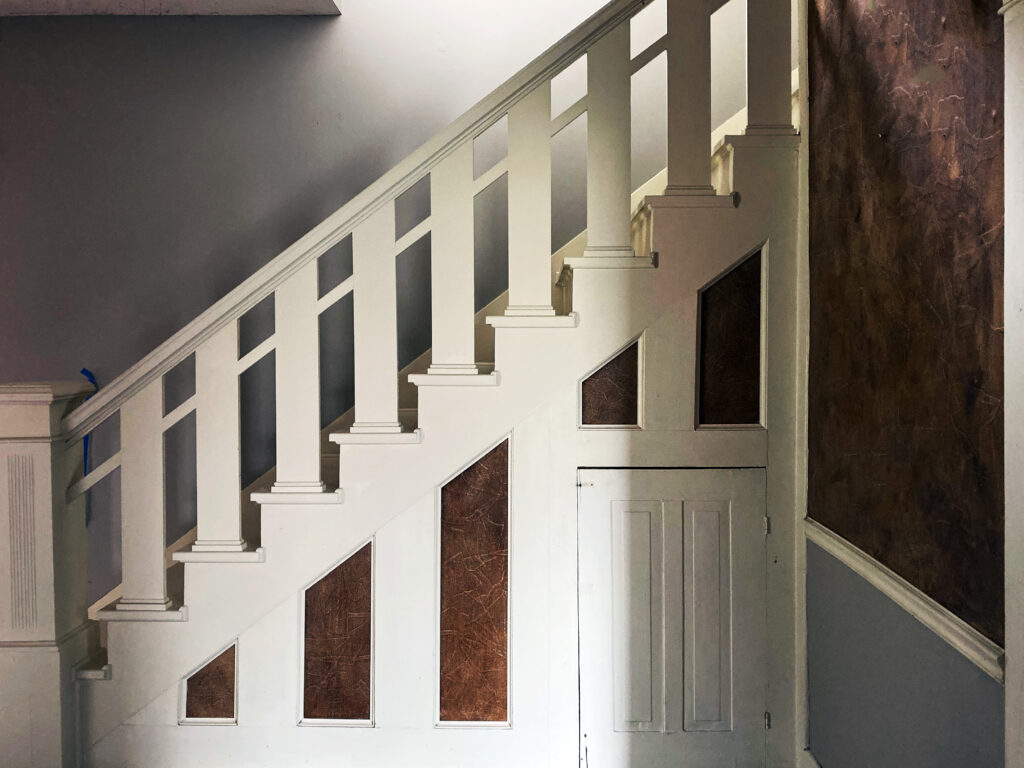 The staircase in my new, old house has a built-in cupboard beneath it that looks like the cupboard that became Harry Potter’s bedroom.

Honestly, my cupboard beneath my stairs is not big enough for a large boy to live in, but it is a perfect place for a child’s playhouse. There are no children in my home now, but the idea of a playhouse under my stairs intrigues me. I might just crawl into that space myself, and when I do, I’ll think about Harry Potter.

Harry Potter’s Room Under the Stairs is described as a spidery place. It is the place that he was often forced to stay, while residing with his aunt and uncle, who lived at 4 Privet Drive, Surrey, England, Great Britain. At least, that is where Harry Potter’s room was–according to the Harry Potter books, but the film version of Harry’s staircase cupboard was built at the Warner Brothers Studio in London.

The House at Grey Gardens has a similar staircase, and it was built in 1897—that is about the time that my new, old house was built, too.

The staircase in my house looks like the one at Grey Gardens.

Although my house is only about 1/3 the size of the house at Grey Gardens, it does have similar built-in architectural details. If you haven’t watched the Grey Gardens documentaries, you must. In the real documentary, Little Edie is filmed marching down a staircase similar to mine. While she marches, she is doing her flag dance.

Harry Potter’s Cupboard Under the Stairs is in England. Grey Gardens is in the Hamptons, in the USA. It was designed by Joseph Greenleaf Thorpe, an architect who designed many of the Arts and Crafts-style summer cottages in East Hampton.

When I went to view my new, 125-year-old house, I fell in love with the Arts and Crafts details that are scattered all around the house. 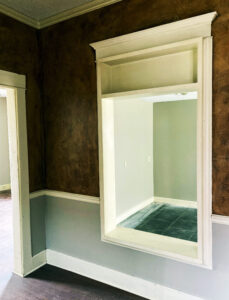 Check out the window in the dining room.  This window is a pass-through to the sunroom [my studio] on the other side. I’m not sure whether the sunroom was added later and if this was initially an outside-looking window or not, but I had a carpenter turn that window into a china cabinet.  The sunroom entry is off of the kitchen. Perhaps, it has always been a rather large breakfast room. I wish that I knew this old house’s history. I feel that it has its own stories to tell, and I guess that is why I am moving there. I want to be part of this old house’s stories.