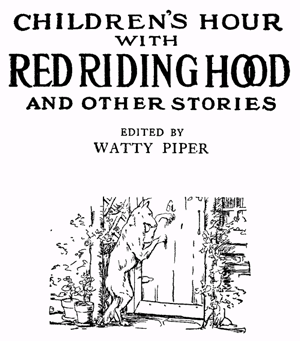 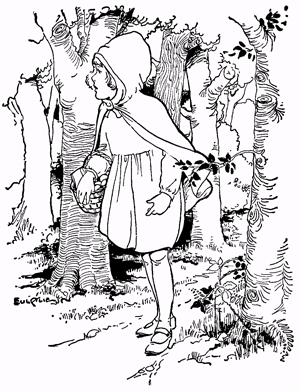 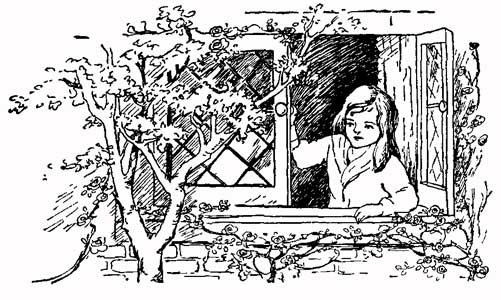 “There was once a sweet little maid who lived with her father and mother in a pretty little cottage at the edge of the village. At the further end of the wood was another pretty cottage and in it lived her grandmother. 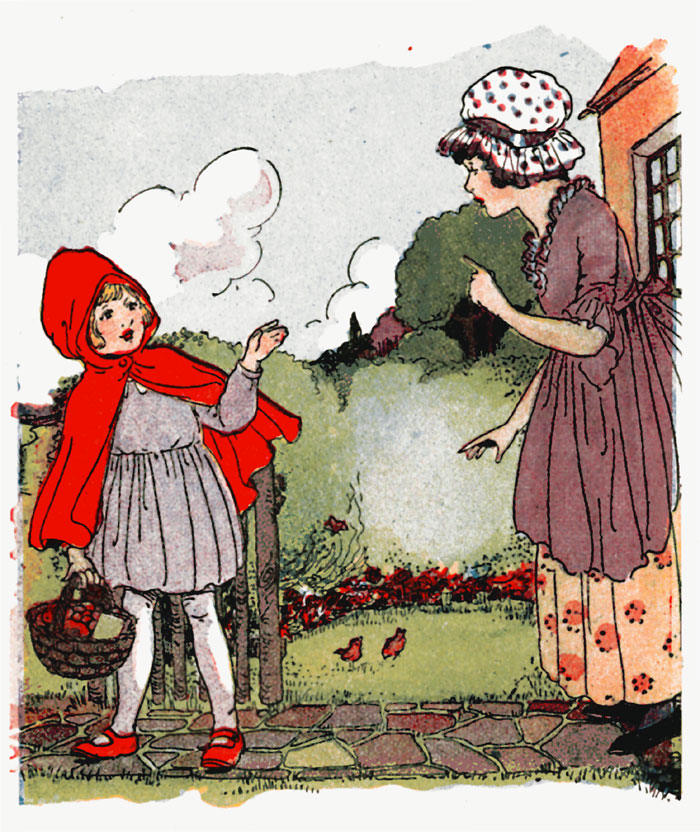 “Everybody loved this little girl, her grandmother perhaps loved her most of all and gave her a great many pretty things. Once she gave her a red cloak with a hood which she always wore, so people called her Little Red Riding Hood.

One morning Little Red Riding Hood’s mother said, “Put on your things and go to see your grandmother. She has been ill; take along this basket for her. I have put in it eggs, butter and cake, and other dainties.”

It was a bright and sunny morning. Red Riding Hood was so happy that at first she wanted to dance through the wood. All around her grew pretty wild flowers which she loved so well and she stopped to pick a bunch for her grandmother. 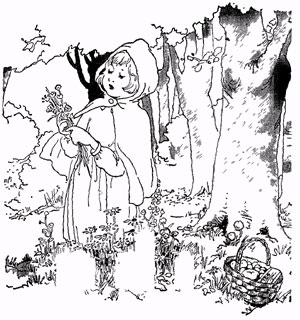 “What have you in that basket, Little Red Riding Hood?”

“Where are you going with them, Little Red Riding Hood?”

“Where does your grandmother live, Little Red Riding Hood?”

“Along that path, past the wild rose bushes, then through the gate at the end of the wood, Mr. Wolf.” 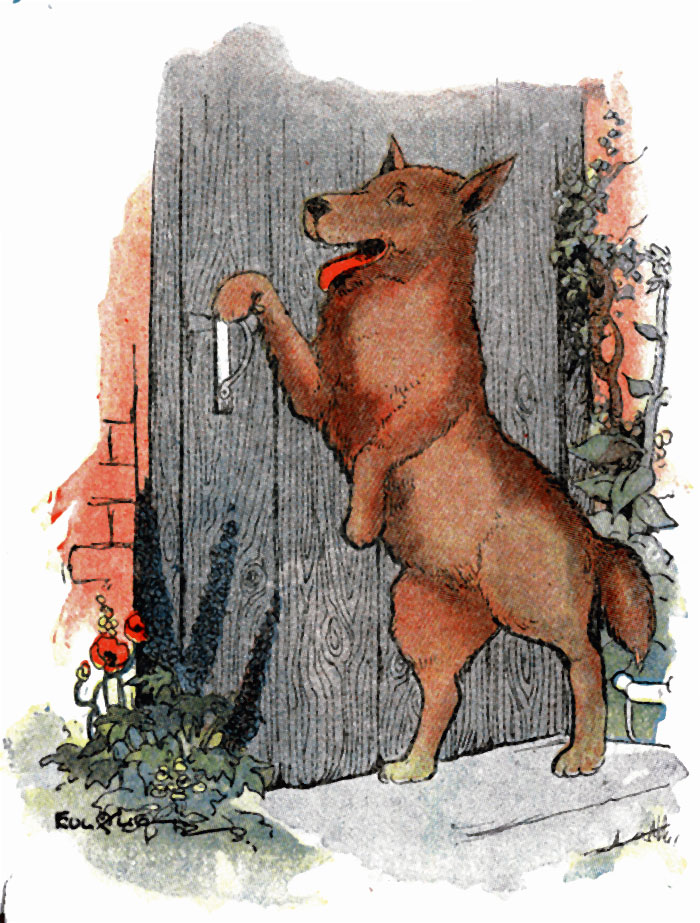 At last he reached the porch covered with flowers and knocked at the door of the cottage.

“Who is there?” called the grandmother.

“Press the latch, open the door, and walk in,” said the grandmother. 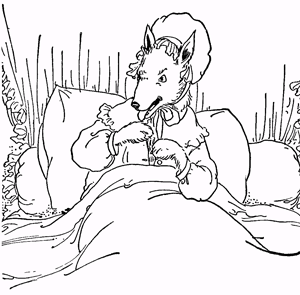 The wolf pressed the latch, and walked in where the grandmother lay in bed. He made one jump at her, but she jumped out of bed into a closet. Then the wolf put on the cap which she had dropped and crept under the bedclothes. 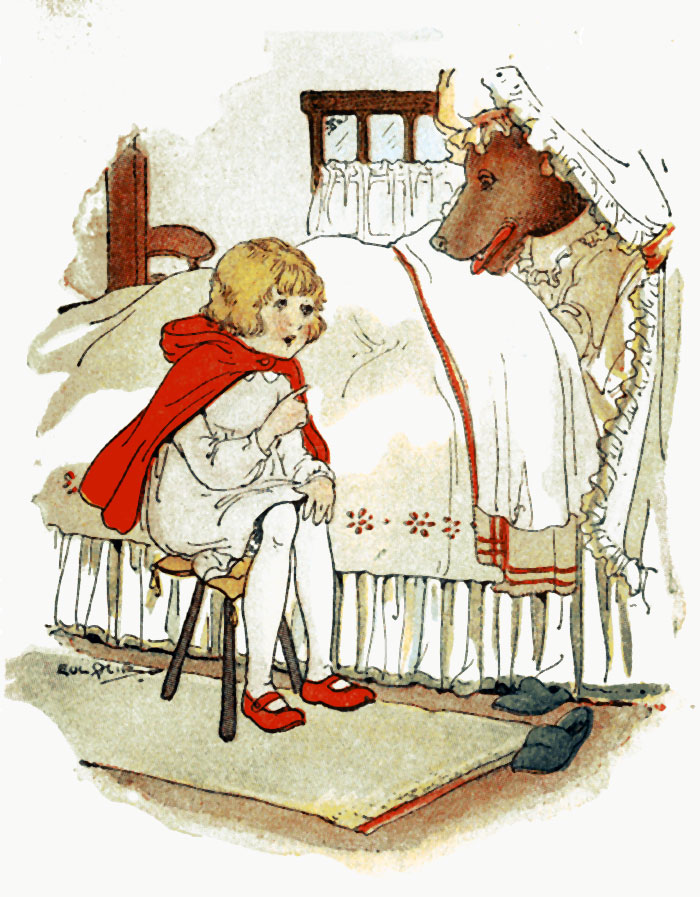 In a short while Little Red Riding Hood knocked at the door, and walked in, saying, “Good morning, Grandmother. I have brought you eggs, butter and cake, and here is a bunch of flowers I gathered in the wood.” As she came nearer the bed she said, “What big ears you have, Grandmother.”

“All the better to hear you with, my dear.”

“What big eyes you have, Grandmother.”

“All the better to see you with, my dear.”

“But, Grandmother, what a big nose you have.”

“All the better to smell with, my dear.”

“But, Grandmother, what a big mouth you have.”

“All the better to eat you up with, my dear,” he said as he sprang at Little Red Riding Hood.

Just at that moment Little Red Riding Hood’s father was passing the cottage and heard her scream. He rushed in and with his axe chopped off Mr. Wolf’s head. 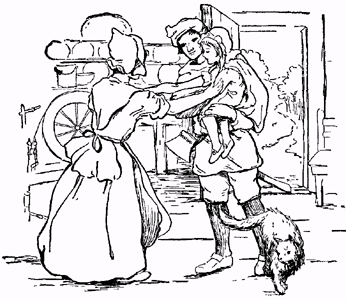 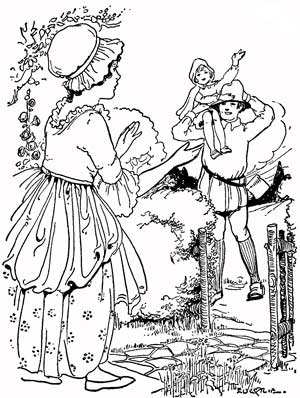 “Watty Piper was the pen name of Arnold Munk, co-owner of the publishing house Platt & Munk in New York City.

“In 1930 Platt & Munk published ‘The Little Engine that Could’ – a story that had been circulating as a kind of American fairytale since the early 1900s, inspiring children to believe in themselves with the motto, “I think I can.” biblio.com