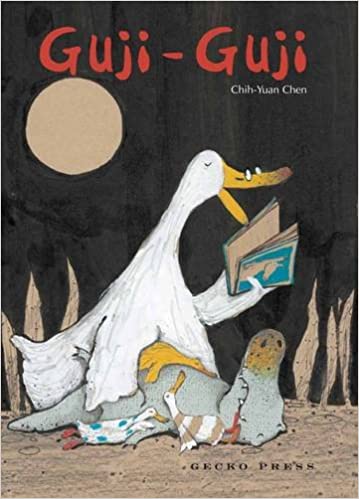 “Guji Guji” is yet another picture book that was no doubt inspired by the tale of the “Ugly Duckling.” which was published by Hans Christian Andersen in 1843. Many years ago, I went to a writing festival, and one of the speakers said that his best books happened when he asked: “What If?” I thought about that when I read Guji Guji. No doubt, an infinite number of stories could spring from old tales if we simply looked at the original tale and asked “What If?”

“What the orphaned animal was NOT a swan? What if it Was an Alligator or a Reindeer with a red nose? “What If the orphan was an alien?” I will be teaching a picture book writing course soon, and I think that it would be a great assignment to ask all the students to take a traditional fairy tale and simply ask “What If?”

Here is a smattering of the picture book Guji Guji:

“An egg was rolling on the ground.
It rolled through the trees.
It rolled across the meadow.
It rolled all the way down the hill.
Finally, it rolled right into a duck’s nest. 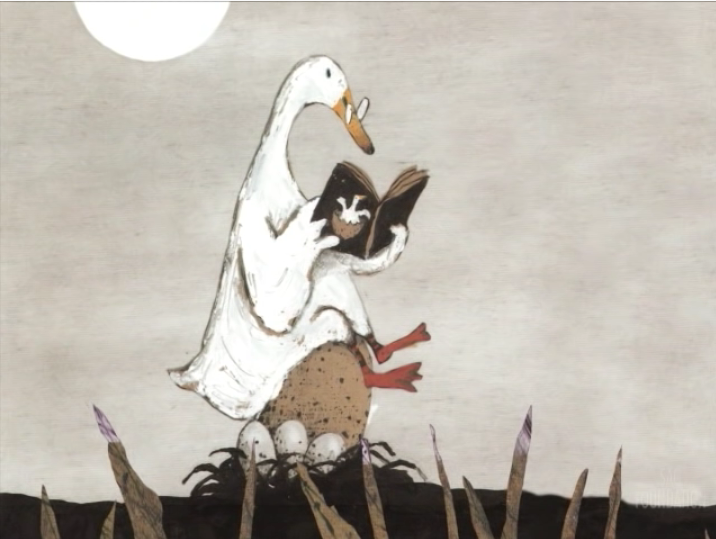 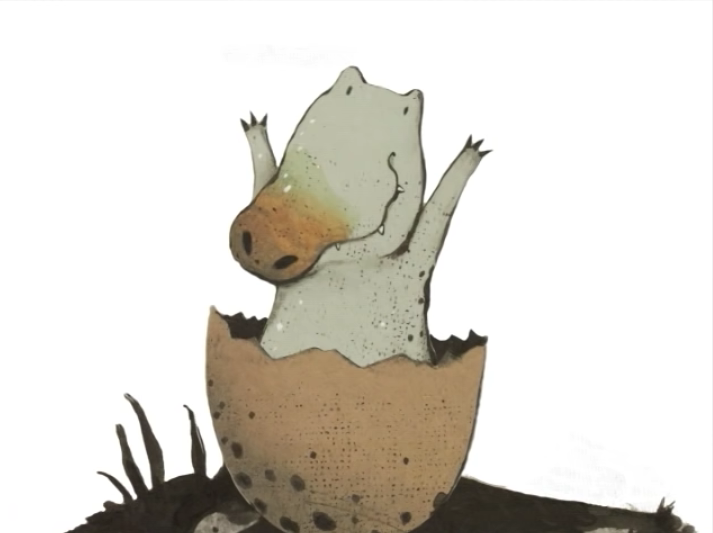 “A rather odd-looking duckling hatched from the fourth egg.
‘Guji Guji,’ he said, and that became his name.”

I’ll allow Robert Guillaume to tell you the rest of that story: