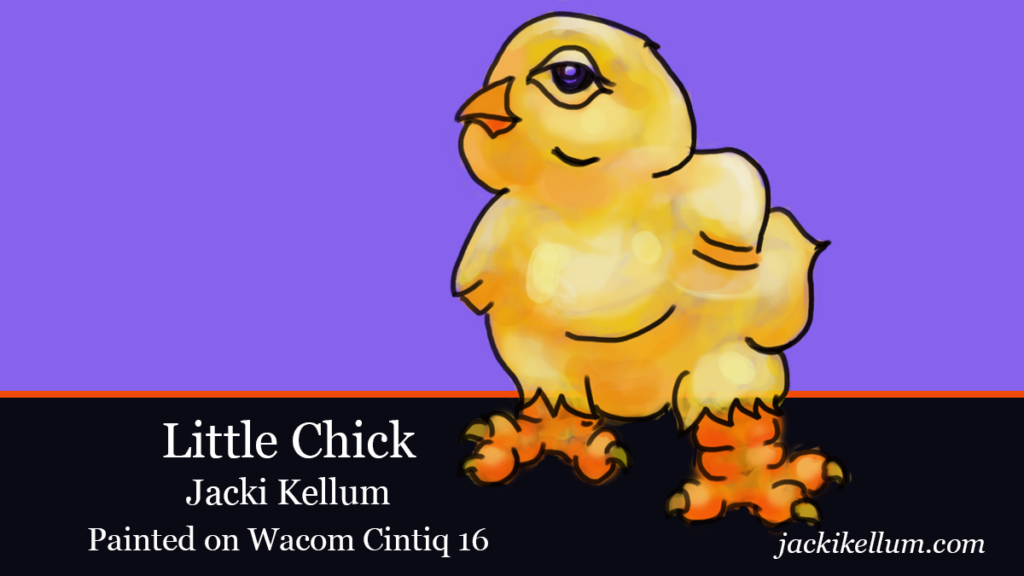 I studied art long before I had even heard of computers. When I learned to draw and paint, I never dreamed that I’d eventually need to learn to do that on a machine. Learning to paint in Photoshop is a chore for me, but it is something that i believe is necessary for illustrators in the 21st Century. 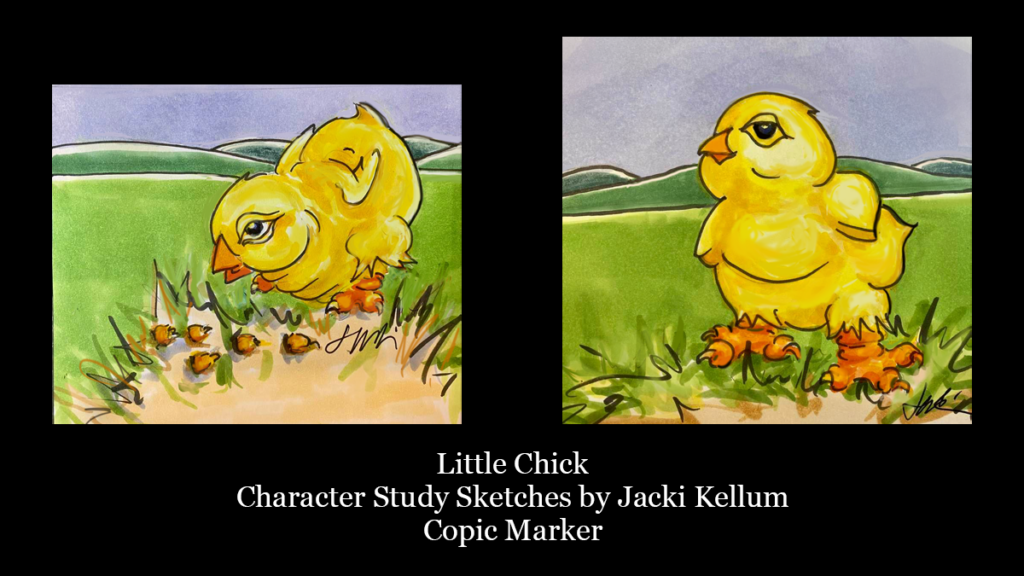 I initially created Little Chck in the traditional way. I draw him with penci, and then, I colored him with Copic Markers, I still think as a traditional artist. 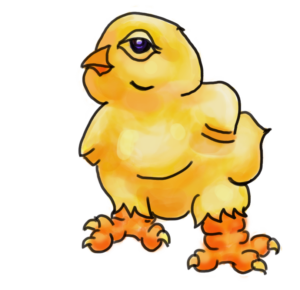 After I had some understanding of the character, I transferred my sketch to Phothops, and I painted him with a combination of Hard and soft bruhes.