I drew the outline of the moon and star on a layer.

How to Create A Sky Background in Procreate

I used the Bardot Brush from the set Bardot Wash, which is within the Wash & Dry brushes Here. Specifically, I used the Stone Glaze Brush.  I was working on a huge screen, and I happy to loosely scumble in the sky with my fingers. I deliberately left cloud-like shapes uncovered in the sky. 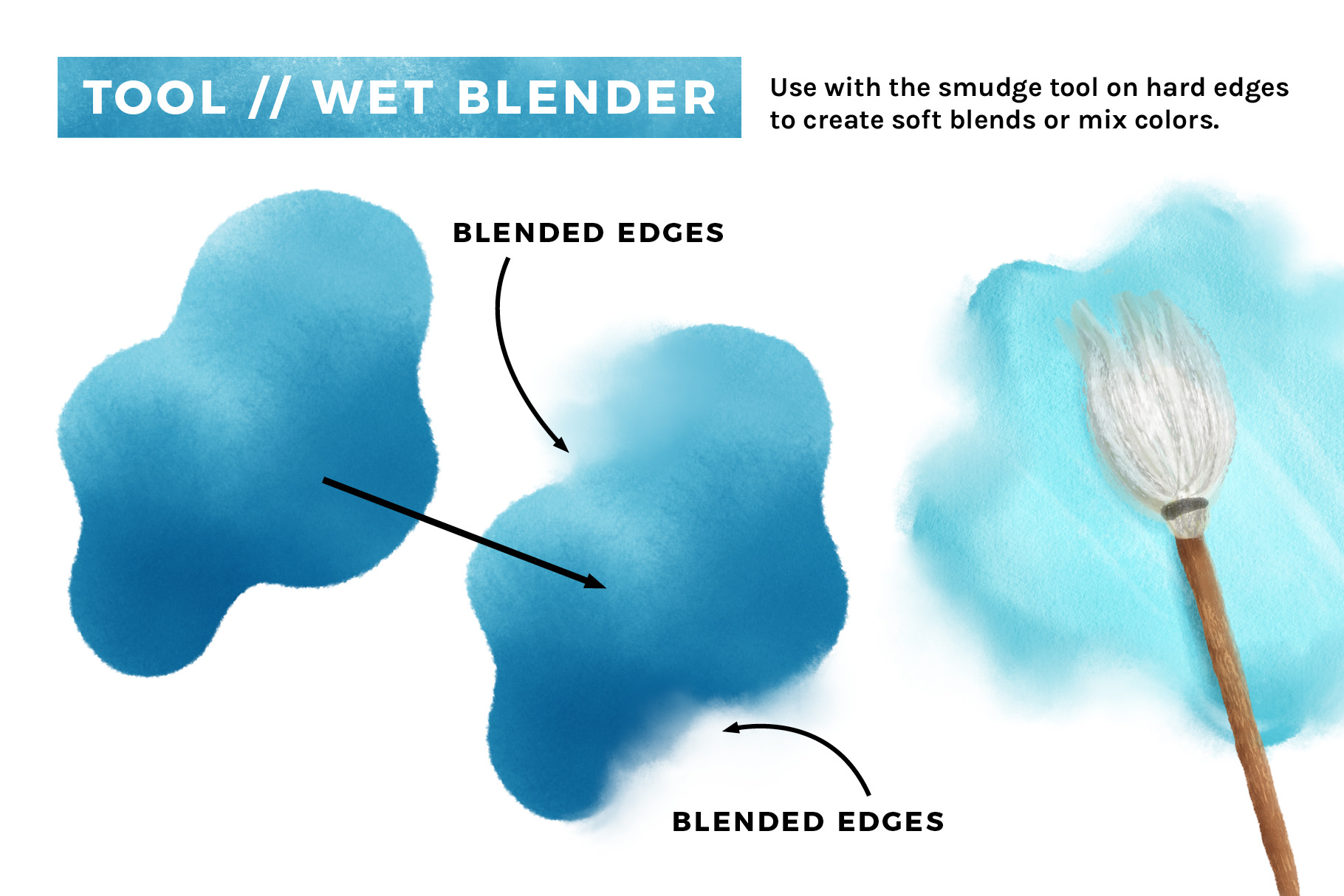 I returned to the layer above, where I had drawn the outline of the moon and a star, and I erased the sky paint that had bled into those areas.

I began with Stone Glaze.

The Lips, the cheek, the dots, and the rays were Painted with the Brush Sand Glaze from the same set.

I added fine details with a brush from the Bardot Brush Set Gouache Paintbox.

I used the Bardot Gouache Round.

Initially, the sky was a bit light for a night sky, and I duplicated the sky background layer. That darkened the sky. Then I applied a Blend Mode to this layer. I used the Multiply Blend Mode.

Before this week, I have only painted traditionally, and before I created Mr. Moon in Procreate, I had already painted it traditionally in watercolor. Well, the truth is that Mr. Moon and the Star are part of an illustration that I painted:

As you will see in the following illustration, I had uploaded my watercolor illustration beneath the layer where I created my Mr. Moon on Procreate.

My Watercolor of Mr. Moon was originally part of my traditionally painted Illustration: