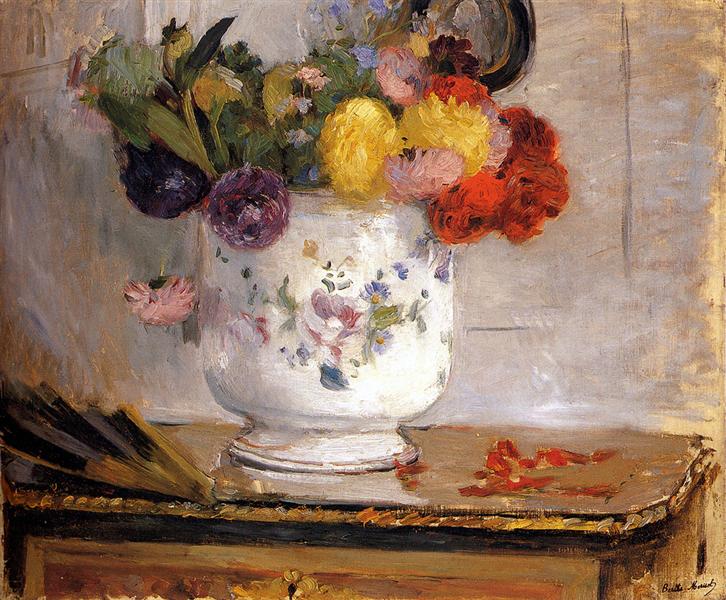 The French Impressionist painter Berthe Morisot painted a wide range of subjects, and although I love her flowers, today I will discuss her painting Harbor at Lorient. Because the National Gallery of Art allows online viewers to explore its paintings in magnification, I am able to share several closeups of this painting, and through those closeups, you will be able to see her mastery of Morisot’s painting style. 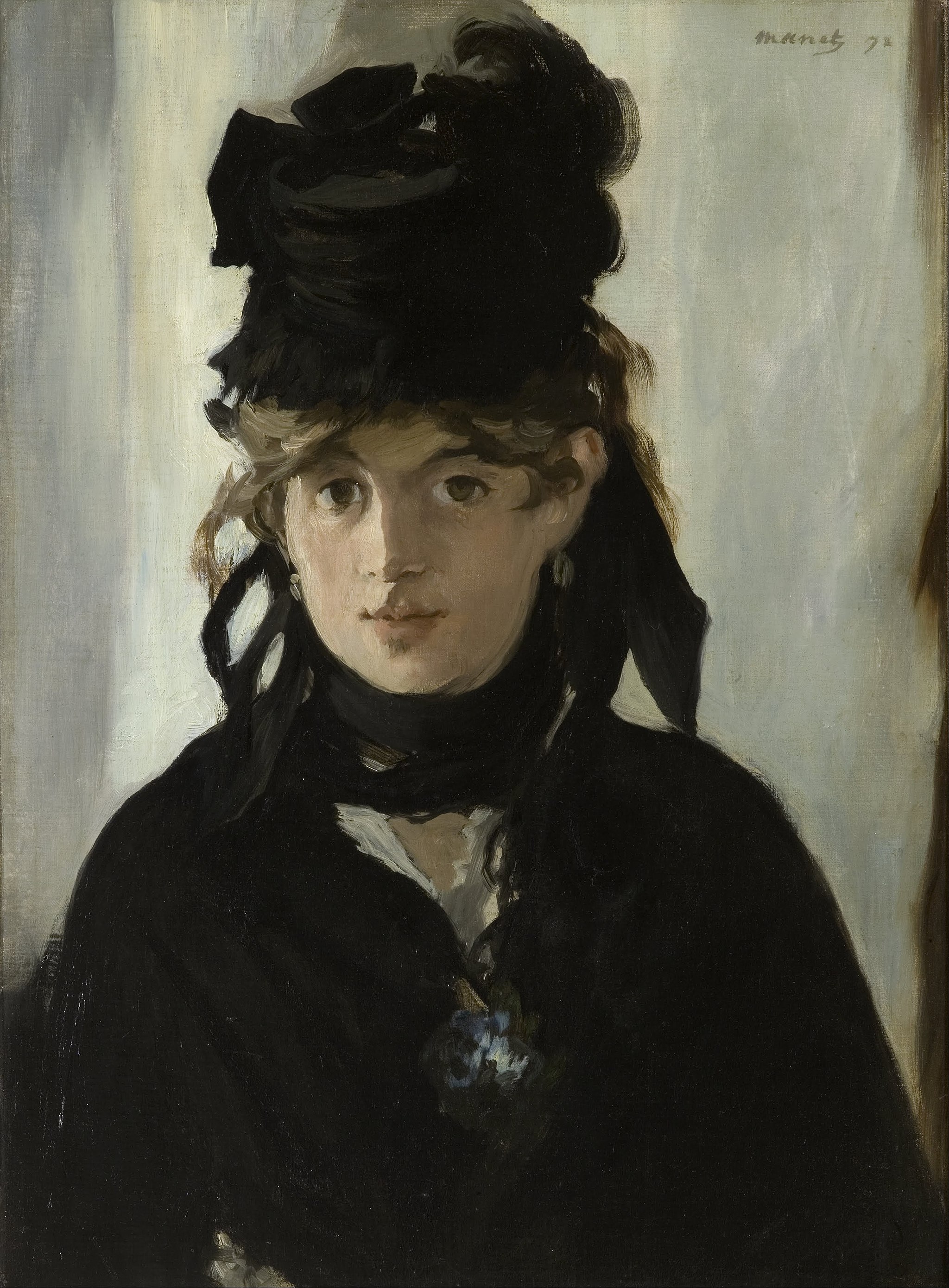 “Berthe Marie Pauline Morisot (French: [mɔʁizo]; January 14, 1841 – March 2, 1895) was a French painter and a member of the circle of painters in Paris who became known as the Impressionists.

“1864, Morisot exhibited for the first time in the highly esteemed Salon de Paris. Sponsored by the government and judged by Academicians, the Salon was the official, annual exhibition of the Académie des beaux-arts in Paris. Her work was selected for exhibition in six subsequent Salons[1] until, in 1874, she joined the “rejected” Impressionists in the first of their own exhibitions, which included Paul Cézanne, Edgar Degas, Claude Monet, Camille Pissarro, Pierre-Auguste Renoir and Alfred Sisley. It was held at the studio of the photographer Nadar. Morisot went on to participate in all but one of the following eight impressionist exhibitions, between 1874 and 1886.[2]

“Morisot was married to Eugène Manet, the brother of her friend and colleague Édouard Manet.” – Wikipedia